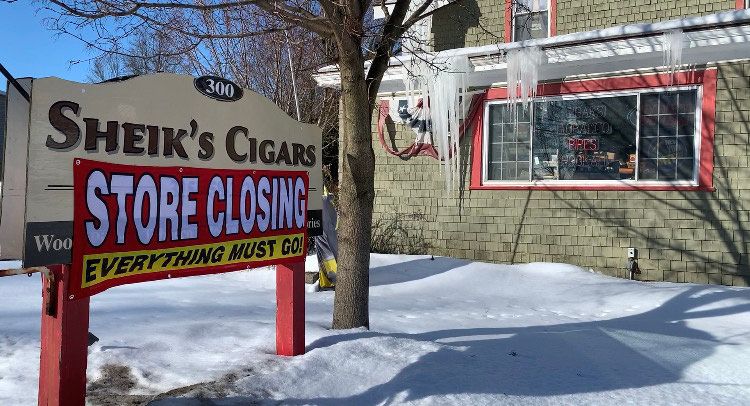 Almost all New Yorkers know a neighbor or small business that has left the state, especially businesses struggling to hang on after the pandemic.

As New York considers raising taxes on New Yorkers to cover the looming budget gap, one man and business owner says he is exiting to avoid any more tax hikes and shutting the doors of his popular business.

Signs of people and businesses leaving New York are all over. The Empire Center says New York State has lost 1.4 million residents since 2010. And the U.S. Census Bureau says an additional 126,000 have left between 2019 and 2020. Those leaving say it is because of the cost of living, poor job growth, increased crime due to bail reform, and the biggest reason of all, taxes.

The "Sheik," as his customers call him, owns Sheik’s Specialty Cigar Store in North Syracuse.

"New York lawmakers raised their tobacco taxes and that has really killed us," Sheik says.

In 2020, New York placed a 75% tax on tobacco products. The Sheik says this is forcing him and his family to make a difficult decision.

"I am definitely leaving. I'm gonna move someplace where they are small business-friendly," Sheik says.

He and his entire family are selling their homes and businesses and leaving. After years of building a booming business, he says can’t make any money due to taxation.

"This is my actual pride and joy, and now I have to leave everything," says The Sheik, showing off his walk-in cigar humidor.

For The Sheik, the decision is also an emotional one.

"I built, you know, basically ground up. And I worked my butt off seven days a week. Never took any vacation, people know my name. People know how I deal with them, OK? This is like a family," he says.

His business has become a daily stop for many.

Pete Dromms, is a local retired firefighter and a frequent customer at the Sheik’s Specialty Cigars.

"We’ve become friends. I mean, we’ll stay here in the morning. We’ll come in and do our tickets, we’ll hang around, and we might be here half an hour, 45 minutes. We joke with each other and we’ve had a good time. We consider him a good friend and we’re gonna be sorry to see him leave," Dromms says.

"They are losing tax revenue to online sales and to the Indian Reservation, and it is just mind-boggling why they are killing small businesses," says Sheik.

He will keep the cigar store open until the last item is sold in his clearance sale, but he feels he has no other choice but to make a new start outside of New York.