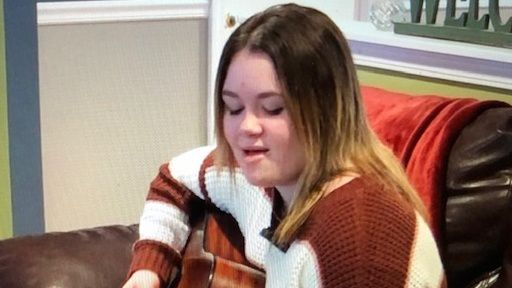 A Mexico high school senior has been spending a lot of time over the past few months using music to help terminally ill children.

Emalee Herrington, 17, started a non-profit group known as Emalee’s Musical Medicine after participating in what is known as the Keys Program. She's had a love for music ever since she was a child.

However, during the pandemic, her show opportunities have been limited. These days, you can find Emalee writing and performing songs for children as part of her non-profit group called Emalee’s Musical Medicine.

She performs and sings virtually to kids who are terminally ill and could use a pick-me-up.

“It helps soothe them through their chemotherapy and their other treatments. So I like to provide music for them.  I take their favorite songs from their favorite artists and I will change a song a little bit to make it more about them,” Herrington said.

Music and helping others have always gone hand and hand for Emalee. Before she started her non-profit, she began working with the KEYS program several years ago.

She continues to work with the group, hosting virtual concerts providing musical therapy to kids with cancer.

“The cancer journey is very lonely and isolating for a lot of our KEYS kids, and especially those teens who can’t be out and about doing the things other kids are doing. And to have another peer like Emalee to truly care and just reach out and share her gift to support them is truly a gift,” said Keys Program Executive Director Colleen Bennett.

Giving back extends beyond music. During the pandemic, Emalee has been putting arts and craft videos on her YouTube page. She also continues to raise money by selling items. Emalee also released an album in 2019.

“I have bracelets and t-shirts and CDs and all of that money goes to Emalee’s Musical Medicine so I can help get those CDs out to kids,” said Herrington.