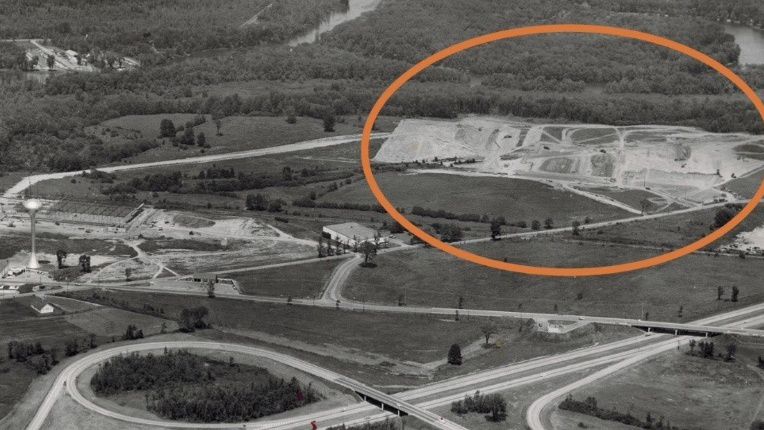 Courtesy of the Onondaga Historical Association

In its day, Farrell Road in Geddes was a key part of General Electric’s heyday as a major Central New York employer. This area is now poised for a rebirth.

The development has been hard to come by in the town of Geddes, but a new project will soon breathe new life into an iconic piece of land. These 200 acres were once home to General Electric.

Tom Santurri is the owner of Dunkin Donuts.

“From day one we thought this would be a great location because there’s a lot of traffic, easy access to the highway," Santurri says.

The changes started four years ago when Dunkin Donuts opened up on the corner of John Glenn Boulevard at Farrell Road in the town of Geddes. Now, they’re getting a new neighbor.

Jerry Albrigo, Supervisor for the Town of Geddes says, “A fortune 500 company, named Ryder Truck, will be setting up their shop here.”

Jerry Albrigo tells us how nothing is turning into something.

“There’s going to be a re-striping project here by Ryder. And they’ve already planned on 450 parking spots. And they’re going to go all the way up to that fence.”

Geddes officials say their area doesn’t have a lot of room for commercial development. So, it’s good that this area is being resuscitated. The town of Geddes includes the Village of Solvay and the Hamlet of Lakeland which are all heavy residential areas.

Deputy Supervisor for Geddes Ed Weber laments, “This was completely empty. We had a standing building from General Electric and that was it. And if you drive down the block here, now you’ll see Old Dominion and J.B. Hunt and everything. And those projects went through without any problem whatsoever.”

Santurri says, “Every step of the way it was like a partnership and we felt welcome to be doing business in the town. Also, what is kind of an added bonus is we get our electricity from Solvay Electric which is very affordable electricity.”

Officials remember when this property’s future was bleak.

Albrigo says, “The former General Electric and Syroco companies occupied this property a long time ago.”

Weber says, “This has been dormant. The first that came in was Dunkin Donuts.”

You can see Weber’s pride and excitement over this now busy corner.

Weber tells us excitedly, “It’s easy access to the Thruway to bring your freight in and everything here. So this is a great area here."

From blight to a brighter future for the town of Geddes and what new development could mean for residents and taxpayers.

Weber adds, "Anytime that you have businesses coming in the tax base residents will benefit from it from possibly lowering their property taxes itself."

Geddes officials say they still have room for development.

“We need to have more business come in, especially in this area,” Weber invites.

As they hope to keep Geddes growing.