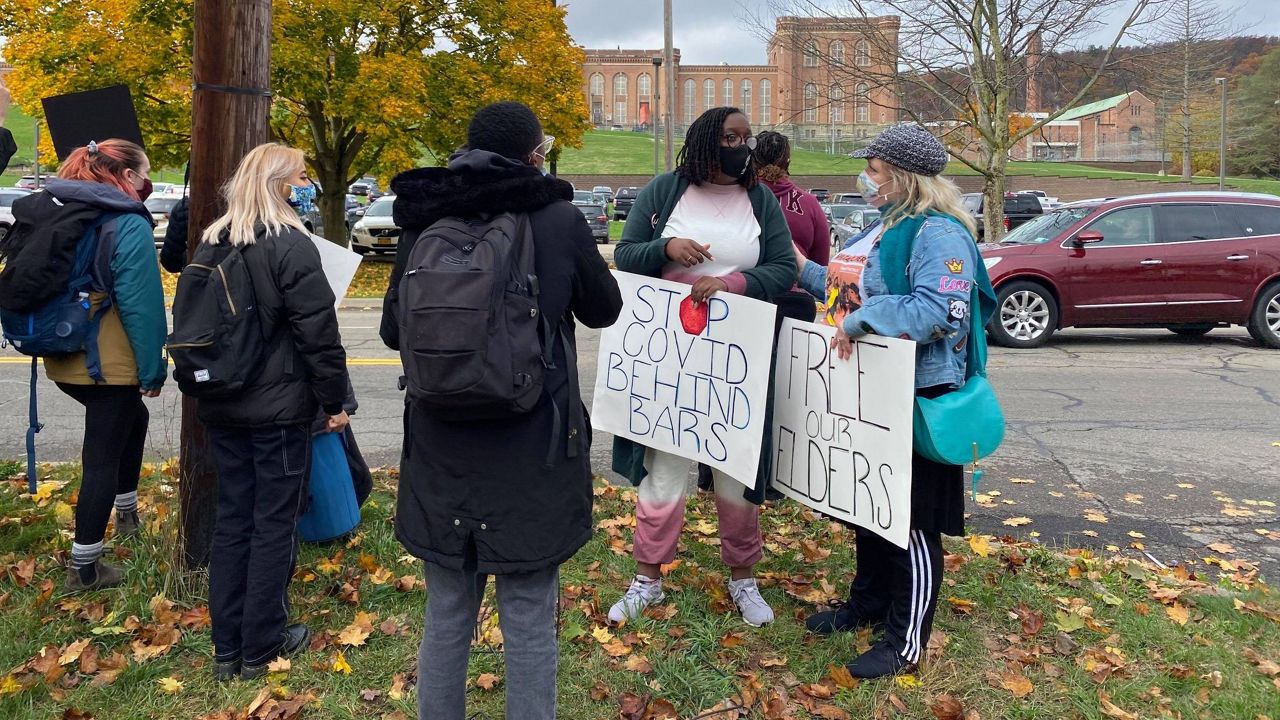 Dozens of protesters chanted outside the Elmira Correctional Facility Tuesday morning, calling for change in response to the high number of positive COVID-19 cases reported there.

"Everyone that's here today wants to de-carcerate. We want to end solitary confinement as a means for medical quarantine during the COVID-19 pandemic," said protester Sammie Werkheiser.

According to the state, there are more than 450 active cases in the prison. The prison stopped allowing visitors last Wednesday. But protesters say that isn't enough. Among their demands, they want inmates 55 or older who have served 15 years to be released.

"These people do not pose a risk to society. It's time to let them go. My friend, Darlene Lulu Benson-Seay, was doing time at Bedford Hills Correctional Facility. She had a heart operation last year. She was not granted clemency by Governor Cuomo and she died from COVID-19 this year," said Werkheiser.

"Obviously we're not going to let the most outrageous, murderer, all those people that just got in, that's not what we're fighting for. It's the vulnerable people. Let them go home let them get treated properly," said protester Irene Aylward.

At least 30 protesters outside of the Elmira Correctional Facility following reports of hundreds of COVID-19 cases inside. Chanting community not cages. As of the 24th of October, the number of positive cases is at least 430. pic.twitter.com/P8Ev9nnciB

The state said Monday when they found out about the cases, they began testing all prisoners, isolating positive inmates, and debunking beds.

"The majority of the cases that we're seeing are asymptomatic so we believe that this is a byproduct of community spread. Where it exists in the community, it's very difficult to keep it out of congregant facilities," said Melissa DeRosa, secretary to the governor.

But activists say the problem isn't isolated to Elmira.

**As of Wednesday, October 28, the Department of Corrections has announced that the current number of active COVID-19 cases within Elmira Correctional has now risen to 588.