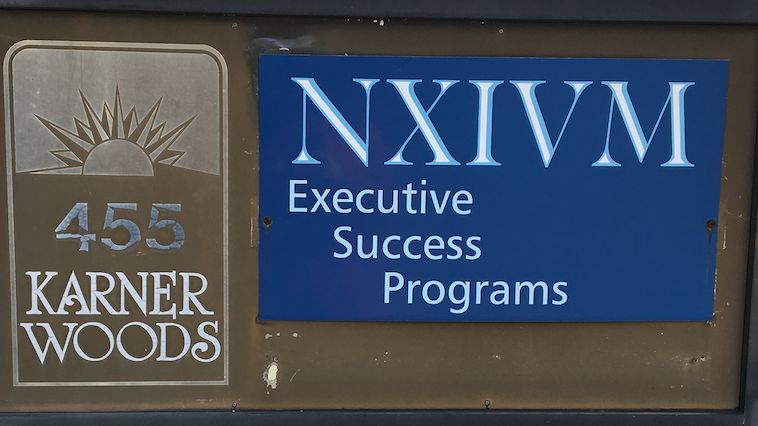 Clare Bronfman, heiress of the Seagram's Liquor fortune, was sentenced to 81 months in prison Wednesday. Appearing in federal court in Brooklyn, Bronfman was immediately taken into custody to begin serving her sentence. She is the first NXIVM co-conspirator to be sentenced for their role in the so-called Capital Region self-help group.

Bronfman pleaded guilty to fraudulent use of identification and conspiracy to conceal and harbor illegal aliens. The government had asked the judge to sentence Bronfman to five years in prison.

Bronfman was a high-ranking member of NXIVM and provided millions of dollars to leader Keith Raniere. Court records show the money was spent on failed commodities deals, lawsuits against departed NXIVM members, and attempts at improving the group’s reputation.

NXIVM insiders and government attorneys believe Bronfman is still loyal to Raniere, known by his followers as "Vanguard." In the government’s sentencing memorandum, they wrote Bronfman “supports Raniere to this day.” Bronfman herself has said she believes NXIVM positively impacted her life.

The government also provided a partial transcript of a recent prison call between Raniere and the mother of his child. About Bronfman, Raniere said, “I don’t think her view of me has changed at all. If anything, it’s gotten stronger.”

Bronfman’s attorneys say doctors recently told her she has “a potentially serious liver ailment” which they argue puts her at risk for COVID-19.

During her time in NXIVM, Bronfman oversaw the unlawful surveillance of NXIVM’s “enemies,” including her father, Edgar Bronfman Sr. The eldest Bronfman was labeled a threat after calling NXIVM a cult in a 2003 Forbes interview.

Bronfman also admitted she tried to illegally secure United States visas for several NXIVM members. Many of these members were severely underpaid, including a Mexican woman who testified during the trial she was made to do tasks for Bronfman, such as monitor the email accounts of NXIVM adversaries.

Sarah Edmondson, a former high-ranking member who left NXIVM after being branded as part of DOS, submitted a victim impact statement to the court.

In it, she wrote she will “always look over [her] shoulder - even if [Bronfman] is behind bars - her money can buy anything and I believe she is vengeful enough to hurt anyone who stands in her way.”

Toni Natale, a former girlfriend of Raniere’s who has battled a number of unfounded lawsuits against her, wrote to the court, “I lost my home, and my mother lost her home, because of Keith Raniere, Nancy Salzman, Clare Bronfman and others who persecuted me … They hired expensive private investigation firms, like Interfor, to dig into my life and the lives of those around me.”

Raniere, who was found guilty of charges including sex trafficking and forced labor conspiracy, remains in prison awaiting his October sentence. According to audio obtained by CBS This Morning, Raniere has been working on a podcast while behind bars.

Raniere and his supporters maintain his innocence and have recently created groups "Make Justice Blind" and "The Forgotten Ones," which they say are targeted at criminal justice and prison reform. Many NXIVM loyalists, such as former Battlestar Galactica actress Nicki Clyne, have recently resurfaced on social media.