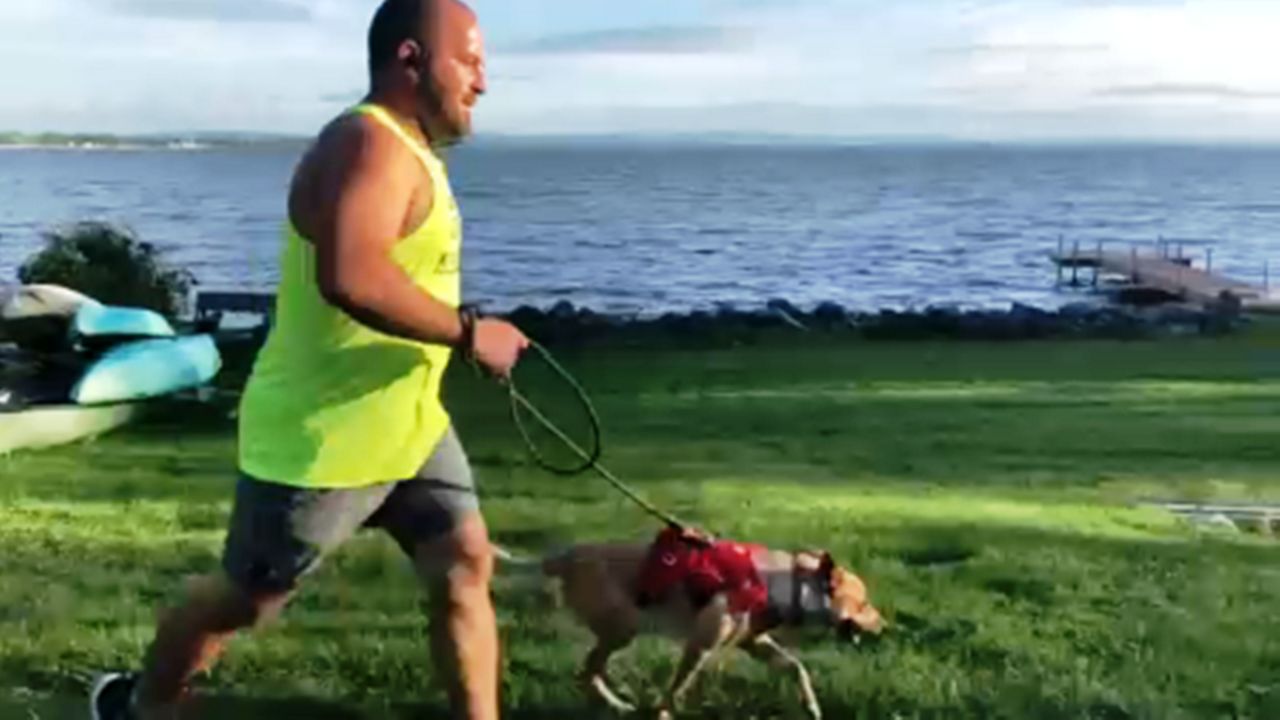 When you're on your feet all day working construction, you'd think the last thing you'd want to do when you get home is go for a run.

But, when you've got a faithful training partner like Darwin (the family dog), and a backdrop like Oneida Lake, well, maybe it's not so hard after all.

Tony Kapps says his job actually has helped him stay in shape and run a lot faster. And there's something else helping Tony run a lot faster these days. In fact, it's become his main motivation for running.

It's not about staying in shape, clearing his mind, or giving Darwin a little exercise. It's about the memory of his late friend, Joseph Michael Chubbuck.

A childhood friend, Joey was diagnosed with cancer just days after his 21st birthday. Sixteen months later, in August of 2014, the National Guardsman lost his battle, but he's still helping Tony fight through the miles.

"It may sound kind of silly to some," Kapps said, "But as I'm running, I feel like he kind of pushes me when I have those hard times."

As Tony pushes through the training for his 10th Boilermaker, it'll be the third time he'll wear the charity bib for his favorite charity, his friend's foundation. It raises money for the families of cancer patients to allow them to stay close through the treatments. It's unlocked their financial worries, and opened the way for a new relationship for Tony and Joey.

"He always looked up to me, because I'm older," said Kapps. "Once this all happened, it kind of turned the tables, and I always look up to him."

Every time he runs, Tony says, he runs for Joey. And, with his help, he'll fight through another 15K for the cause, because whether or not this year's race is real, Tony's purpose is.

"The Boilermaker might not be really happening and virtual this year, but the fight against cancer and the drive to raise money, that's not going to go away. That's never going to be virtual, it's always going to be strong and out there," said Kapps.

If anyone out there wants to donate to Tony's cause, you can visit the foundation's website to give online or through the mail.