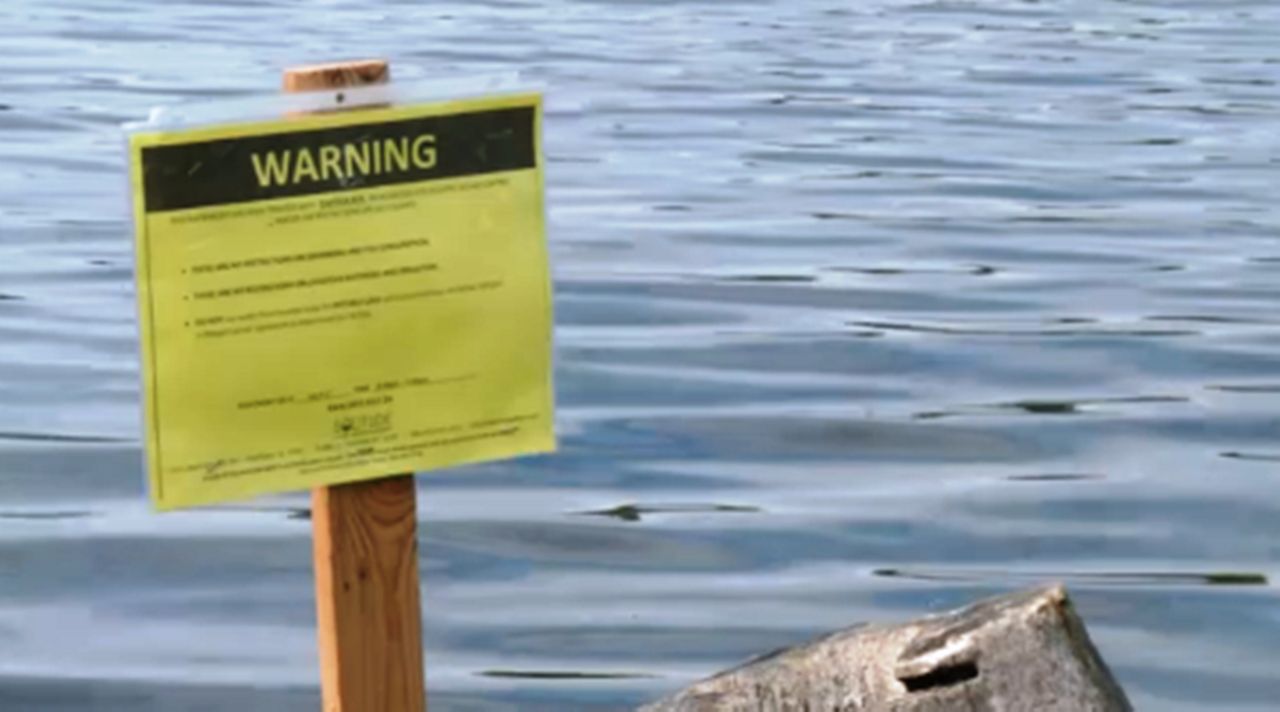 Recently the DEC tested water in Little York Lake in Cortland and found harmful blue-green algae blooms.
One couple has seen its negative effects first hand. They hope to warn others of the bacteria’s dangerous impacts.

Nikki DiFilippo and Sam Ferro got their dog Nelly last August. They hadn’t even had her for a year before she was gone.

“From the start of her symptoms to her dying it was probably 45 minutes,” said Ferro.

When they were away, a friend was watching the dog and took her to Little York Lake in Cortland.

“She had taken Nelly swimming in the lake, but really all Nelly did was splash her paws on the surface,” said DiFilippo. “We’re guessing what happened was the algae on the surface got on her paws and she licked her paws.”

Nikki says an autopsy showed Nelly ingested toxins from blue-green algae which caused her to have a seizure and subsequently die.

The Little York Preservation Society says there have been two dog deaths this year.
The group works with Cortland County Soil and Water Conservation District and NYSFOLA to inspect and test the water.

“We’ve been doing this for several years and this is only the second time in 10 years that we’ve identified harmful algae,” said Little York Lake Preservation Society Treasurer Don Fischer.

Although uncommon on this lake, blue-green algae can show up anywhere.
Lakes are often checked frequently during the summer for signs of it. Usually, it looks like green paint or pea soup in the water.
The DEC has a map of pictures and locations of current harmful algal blooms.

“The main way to protect yourself is to avoid the water if you see something that looks really weird,” said Fischer

Nikki and Sam encourage more people to check online before heading to a lake.

”I feel like if I had even, not even knowing that it was in Little York Lake; if I had even known about it at all and what it could potentially do to a dog, If I had known the signs like warm weather, stagnant water, things like that... there’s no way. I would’ve 100 percent made sure she wouldn’t go near that water, but we didn’t know,” said DiFilippo.

Experts say as it gets warmer more harmful algal blooms are likely to pop up.