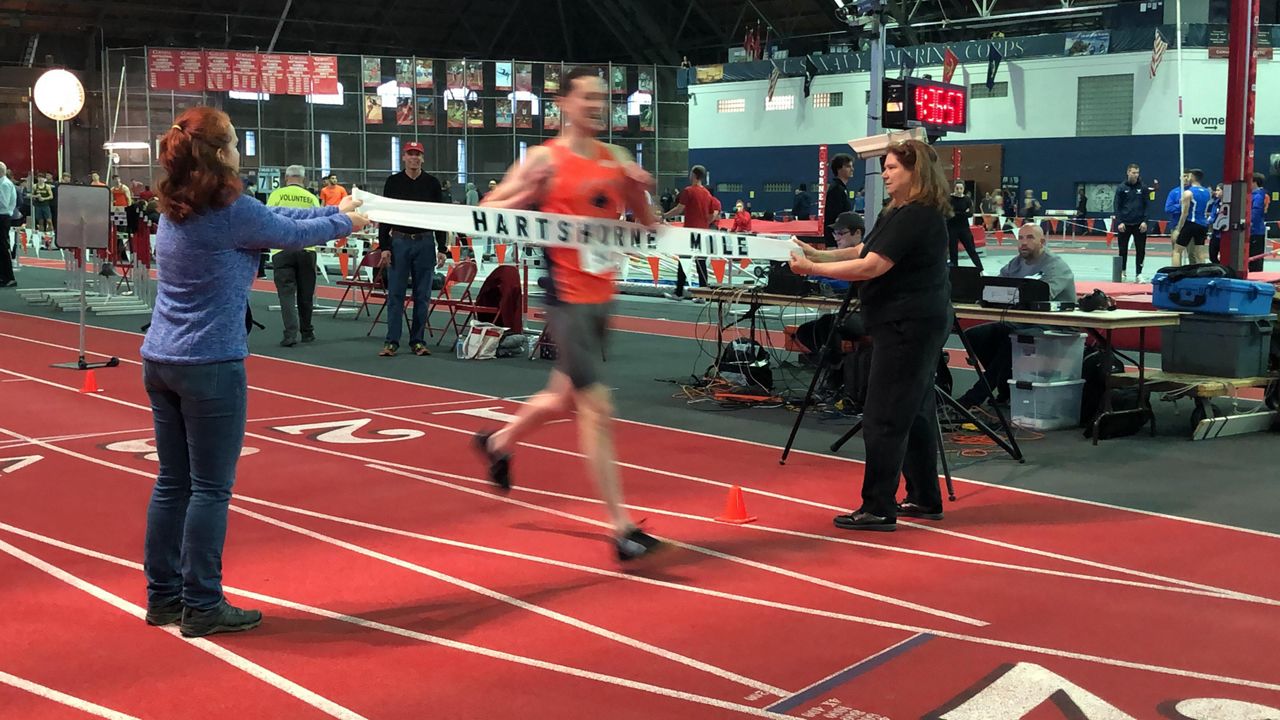 Runners Keep Running Into Their 90s at Annual Ithaca Race

Entering their 53rd anniversary, the Hartshorne Memorial Master's Mile is the oldest race of its kind for runners aged 40 and up.

“The Finger Lakes Running Club is all about inclusivity. We want everyone to run, everyone to have fun, we don’t care if you want to race or just run, whatever you want to do is fine," said Adam Engst, race director.

Racers come to Cornell's campus for a competitive mile run. The oldest runner competing this year is 95 years old. It's open to anyone looking to have an active Saturday.

"While we have people who are at the absolute top of their field, we also have folks from the community who want to run indoors and be treated like an elite. Everyone gets announced, everyone gets hip numbers, and fully automatic timing, and all that," said Engst.

Masters are over the age of 40, like Sandy Balling. She runs in the 70-year-old age bracket.

“It’s fun challenging myself to run. It's like every year I get a little bit slower, but I can still make it around," said Balling, from Tonawanda.

Some do it for the love of running.

Others, not so much.

“I hate running, I should say that," said Edna Hyer, from Orchard Park.

Others do it for the exercise, like Edna Hyer; this is her 23rd time at the Hartshorne Memorial Masters Mile.

With an open door for more racers to lace up.

“You don’t have to be good to do running," said Hyer.

“You can run and you can race for the rest of your life," said Engst.

You can run, regardless of your age. The top male and women runners at Saturday's competition receive a cash prize.