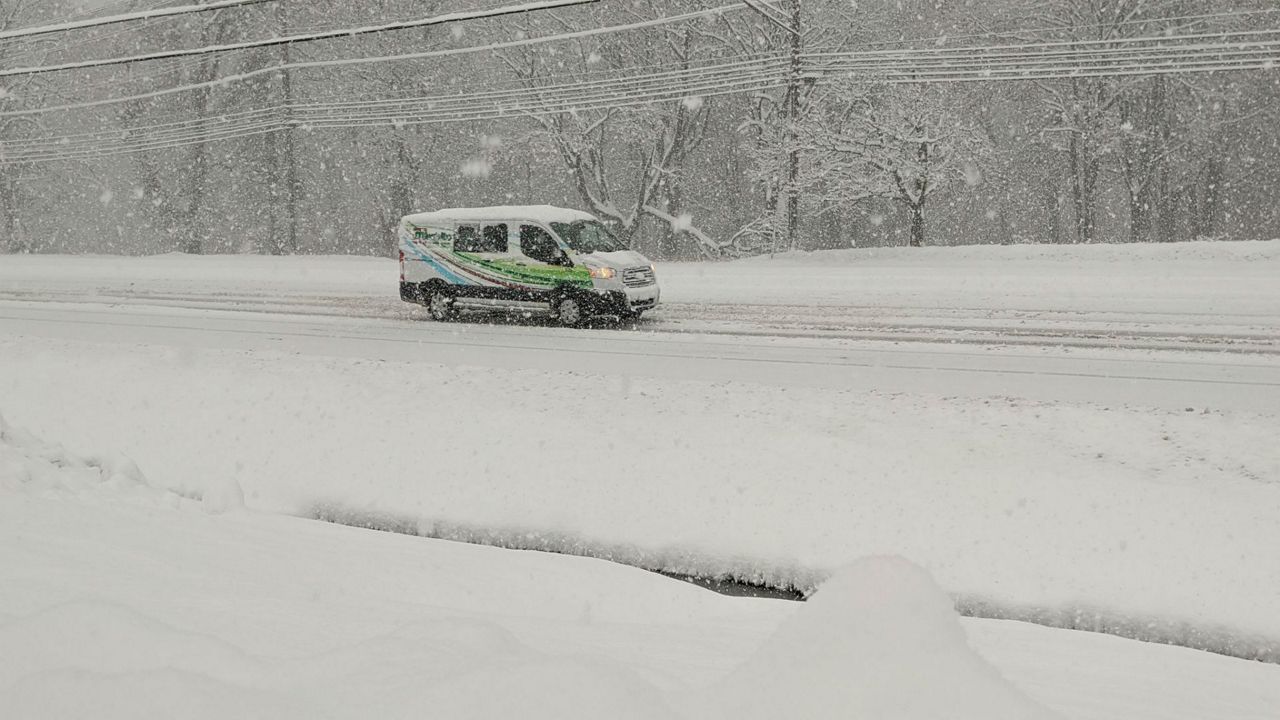 Monday was the first major weather event of the season across our region. As drivers dig out from several inches of snowfall, others are recovering from much worse.

"It's absolutely critical. They are the lifeline to the community. When you dial 911, you expect one, the phone to get answered, and two, police fire and EMS to be dispatched appropriately and respond," said Broome County Emergency Services Director Michael Ponticello.

The 911 Center took in close to 300 calls during the morning commute. Icy roads left some drivers in the area stranded. If you do find yourself off the road, and don't know your location, dispatchers say you should call them immediately.

"Best thing they can do, is first call 911. We're able to use their cell phones and GPS in the phones to plot them and find a better location for them. We're urging people not to use text to 911," said Broome County Dispatcher Bill Frantz.

If you find yourself in an accident, or stuck in the snow, dispatchers recommend turning on your hazards, and more importantly, never leaving your vehicle.

"If you're on the side of the highway, you're safer in your vehicle. Call 911 and if you're traveling make sure you allow for appropriate following distances," said Ponticello.

For Broome County, this was the first major event in their newly remodeled 911 center. Dispatchers say it's already improving their responses.

"It's helped a lot. It's very comfortable. Everybody seems to be in good spirits. It's nice to have something refreshed," said Frantz.

Dispatchers in Broome County typically take in half a million calls per year.