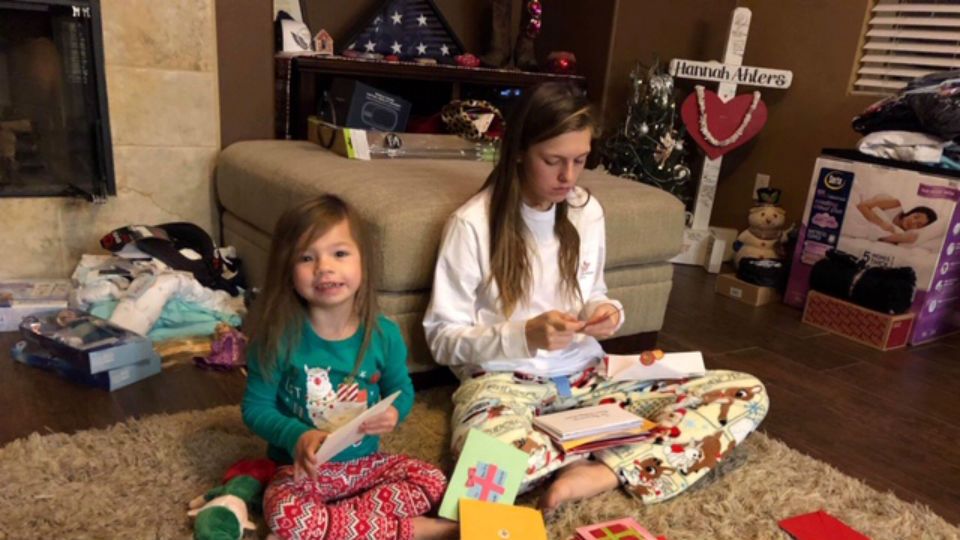 It's a short, simple message, sent from thousands of miles away.

"’Just thinking about you. Hope you're enjoying the holidays,’” said Brian Ahlers, a California resident. “Some of the things they say in the cards too: ‘This is coming all the way from New York.’"

For many, these cards mean the world.

It’s a small gesture that goes a long way.❤️

If you’re trying to give back this holiday season, @sunyoswego Professor @jschildkraut80 is collecting cards to send to children who lost loved ones in a mass shooting. 💌

"We feel the support,” said Ahlers. “We feel the love from all over the place in every direction."

Ahlers and his three children are one of many families who receive these special cards during the holidays.

It's in honor of his wife Hannah who was killed in the Las Vegas Route 91 Harvest festival shooting in 2017.

"I remember the first time we received them,” said Ahlers. “Just the huge box. Everybody got their own bundle of cards they got to open. It was amazing."

And the tradition will continue.

SUNY Oswego Professor Jaclyn Schildkraut is collecting cards for children who have lost a loved in a mass shooting.

The cards can be homemade or store-bought. Schildkraut hopes to receive 15,000 this year.

"I just hope that they know they're loved this holiday season,” said Schildkraut. “There are a lot of us who are always thinking about them and always here to support them whenever they need."

"It makes you realize how amazing people are,” said Ahlers. “It's very special. I'd like them to know how thankful we are and how much we appreciate it."

The cards are due by December 15. For those interested in participating, e-mail Schildkraut at Jaclyn.Schildkraut@oswego.edu.