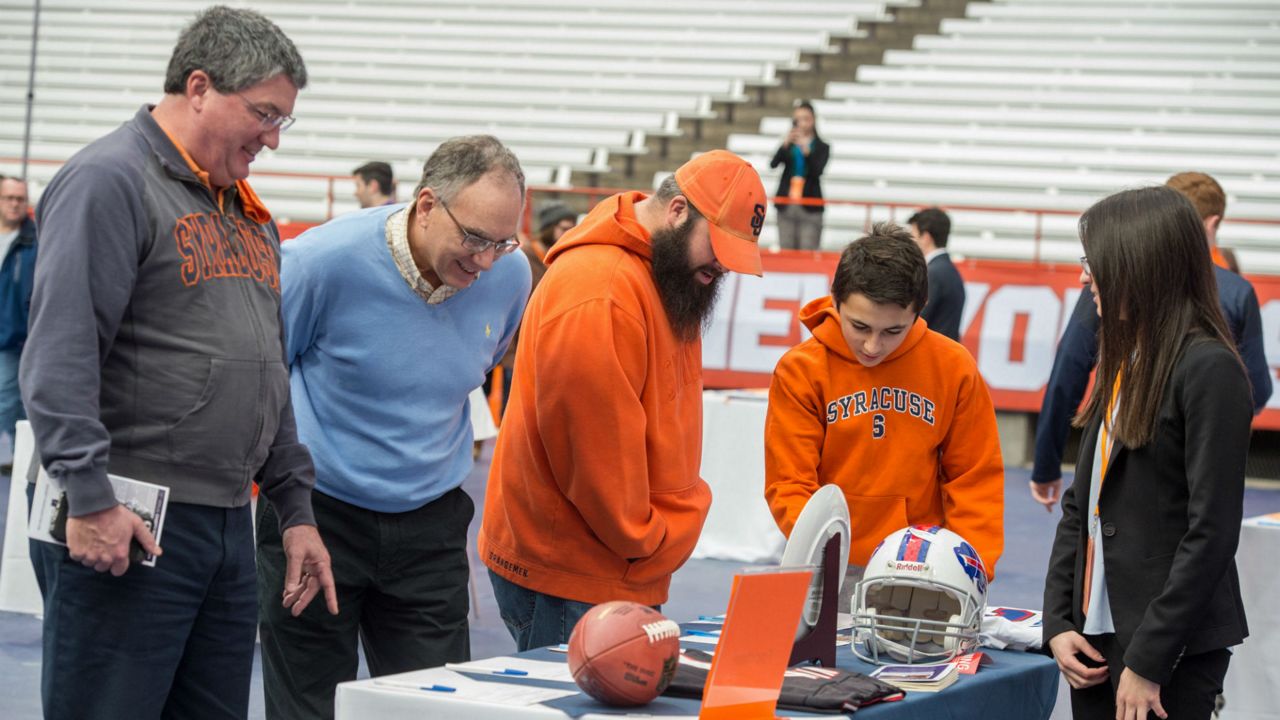 Courtside seats to a Final Four game: That was the wish of one 16-year-old Nick Nortz, recovering from a kidney transplant, and Syracuse University's Sport Management Club made that wish come true five years ago at the club's charity auction for Make-A-Wish.

"They walk out with a huge Final Four ticket that says, 'Nick, your wish has been granted,' " recalled Nortz. "Being unsuspecting and then all of a sudden standing in front of 30,000 people was pretty, pretty surreal."

He spent a month in the hospital, and half a year in recovery. But Nortz is still modest about accepting his gift in 2014.

"I thought that a wish like this should be saved for somebody else going through something far worse," he said.

Nortz, now in his senior year at SUNY Oswego, is an education major with a focus in social studies. The Sport Management Club is partnering with Make-A-Wish again this year, and invited Nortz back to be there this weekend.

"To see someone like Nick, the shock on his face when that wish was announced all those years ago, and see him come full circle for him to be there supporting us, I think it's amazing to see the strengths that he's gotten over the last couple years and the person he's become today," said Syracuse University's Sport Management Club Auction Advisor Connor.

This year, the club hopes to raise $500,000. The club is auctioning off some big ticket items this year: an Olympic torch, a baseball signed by Derek Jeter, and a vacation in Aruba.

"You name it, we have it," said Monzo. "It's the perfect time for the holiday season."

With about 150 kids waiting for wishes, Nortz wants to spread the word about what really comes out of the auctions.

"I don't even think twice about helping give back or doing anything that I can so that other people can feel the way I did and still feel the way I do to this day," he said.

Bidding for auction items will start at 5 p.m. Saturday; the game starts at 7 p.m. Monzo says there will be a 'special surprise' at halftime.