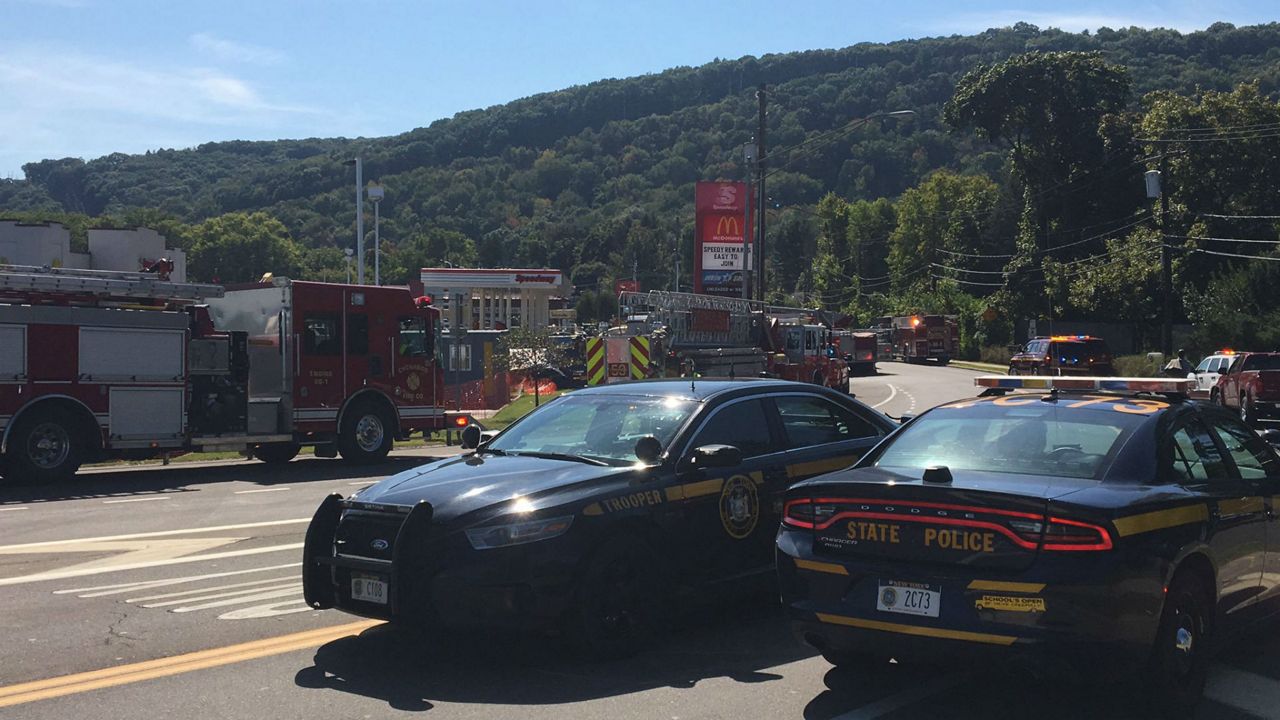 A Syracuse man is dead after an explosion at a gas station in the Southern Tier.

It happened just before 2:00 p.m. on Friday at a Speedway on Front Street in Dickinson. According to New York State Police, 57-year-old Arthur Hines was working inside an underground tank for a deep cleaning when the explosion took place.

BREAKING: Upstate, one man is dead following a gas explosion. He’s from Syracuse and was working underground near the Front st Speedway pic.twitter.com/3Q3l5gEITx

A Syracuse crew from Environmental Products and Services of Vermont had been working on its tanks for the past few days.

"Something ignited the gasses in the tank, and then they burst and oxygen was provided through the neck of the tank," said Mike Ponticello, Broome County Emergency Services Coordinator.

Hines' body was taken to Lourdes Hospital for an autopsy.

State Police say there is no threat to the nearby community.