Bishop Douglas Lucia was welcomed into the College of Bishops Thursday afternoon at the Cathedral of the Immaculate Conception in Syracuse, taking the reins of the Syracuse Diocese from Bishop Robert Cunningham.

A historic day for the Roman Catholic Diocese of Syracuse as they welcome their 11th bishop, Bishop Douglas Lucia.

Lucia, a Clinton County native, previously served in the Diocese of Ogdensburg, but now serves Catholics in Central New York and the Southern Tier.

Cardinal Timothy Dolan, the Archbishop of New York, presided over the mass. 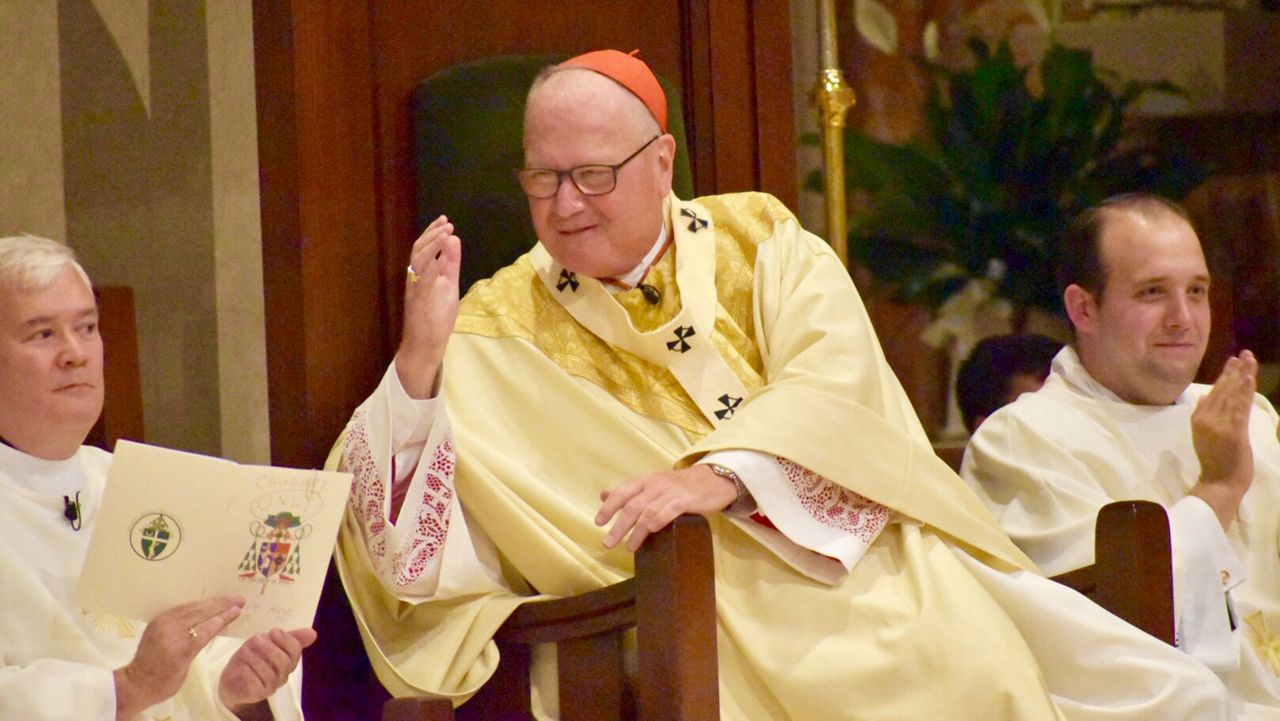 "You, my brother, will now carry a crozier which I'll have the privilege of giving to you in a moment. But you'll carry not only a crozier, from now on you carry a lantern, the light of Christ. You will bring us that light of Christ, the truth that is Jesus ever alive in his church," said Dolan.

Hundreds of clergy members from around the world and parishioners alike packed the Cathedral of Immaculate Conception in downtown Syracuse for the ceremony.

"Tears. We definitely had tears," said Janeen Simmons, a Waddington resident who attended Lucia's previous chuch. "We are definitely going to miss this man. We already do."

Lucia now leads a diocese that covers seven counties and more than 230,000 parishioners. His former altar server wouldn't be surprised if that number grows.

"He was helping us make our church a better place," said Edward Miller, a Waddington resident who worked closely with Lucia. "He got a lot of the younger people to come back to church, because he's such a good priest. And like I said, he's a good person."

Those who know him say Lucia is personable and inclusive, which showed during his remarks. Lucia came to Syracuse prepared with an orange zucchetto. The little cap bishops wear is usually reddish. It was a move to make an instant connection with the parish, just like he's done in the past.

"I knew he was real," said Simmons. "He wasn't faking it. He wasn't telling me what i could and couldn't do. He was just listening and that's what he does best."

In a sit-down interview with Spectrum News'  Tammy Palmer earlier this week, Lucia said he said the primarily role of a bishop is to be a teacher — after first leading by example. Part of being that teacher is taking on the tough issues as a major leader in the community, including gun control.

"I'm not trying to impact people's recreation, but I do think that there is a serious problem when someone can go into a Wal-Mart, when someone can go onto the streets of Dayton, Ohio, or go into a school, and have access — especially weaponry that can do such massive destruction. To me, there is no reason for a person to have that type of weapon," Lucia said.

Lucia is the diocese's 11th bishop.

He will celebrate masses at the Cathedral of the Immaculate Conception this weekend and across the region over the next few weeks:

8/25 The Basilica of the Sacred Heart, Syracuse 9am

And over the next month or so, he'll give mass at churches across the region.Watch the full interview with Lucia