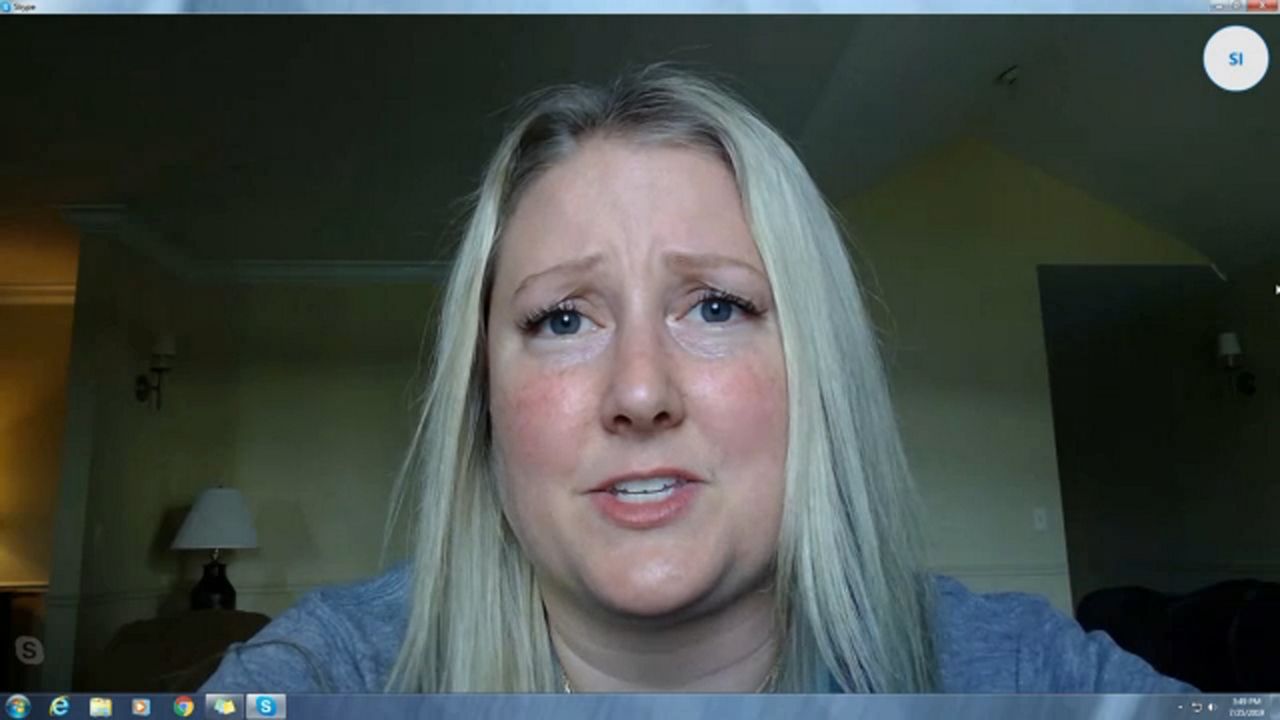 Last year, Kat Sullivan wanted to make her voice heard about the Child Victims Act. A rape survivor from when she was a student at Emma Willard in Troy, Sullivan paid for highway billboards and a plane to fly a banner in support of the legislation.

But since June 2018, Sullivan has faced increasing pressure from New York regulators to register as a lobbyist. Sullivan says she shouldn't have to.

"I should have the right to speak my mind as a survivor of sexual abuse. I should be able to talk about those issues. I think I might know things that would be helpful to creating better processes," Sullivan said.

Sullivan says she has received four letters and numerous phone calls from the Joint Commission on Public Ethics since last year, warning her she is in violation of the state's lobbying law. The repeated efforts have left her anxious and affected her physical health as well.

"I'm tired, I'm really tired. I've told them multiple times on the phone. They were calling in the morning, they were calling my boyfriend because I called them back from his number at one point. They're sending letters to addresses I've never gave them," Sullivan said.

The commission alleges the billboards and the plane cost her more than $5,000 — the minimum legal threshold for triggering the state's lobbying law. In a letter dated July 12, the commission wrote, "Despite recent offers made by the Commission to assist Kat Sullivan in filing the required documents, Kat Sullivan continues to refuse to comply with the Lobbying Act."

The letter warns Sullivan could face a fine of at least $25,000 for failing to register as a lobbyist — a process she found complicated and confusing. In a statement to Spectrum News, Commission Spokesman Walt McClure said:

"We cannot comment on anything that is or may be an investigative matter. However, the law requires disclosure to the public about who is lobbying their lawmakers and how much is being spent on those lobbying efforts. We have procedures for handling potential unregistered lobbying and treat all people and entities allegedly involved in that unregistered lobbying the same way. We will enforce the law and pursue the required disclosure."

For Sullivan, who backed the measure that makes it easier for childhood sexual abuse and rape survivors and victims to file lawsuits, she worries the experience will make it harder for people to speak their minds when it comes to policy matters that affect them.

"The system that's put in place forces them to comply with regulations to compete with power lobbyists — people that spend millions of dollars a year lobbying for private interests and corruptions. It's already an unfair fight," Sullivan said.

And that most recent letter from JCOPE says Sullivan has until July 29 to respond. She's hired an attorney to push back.