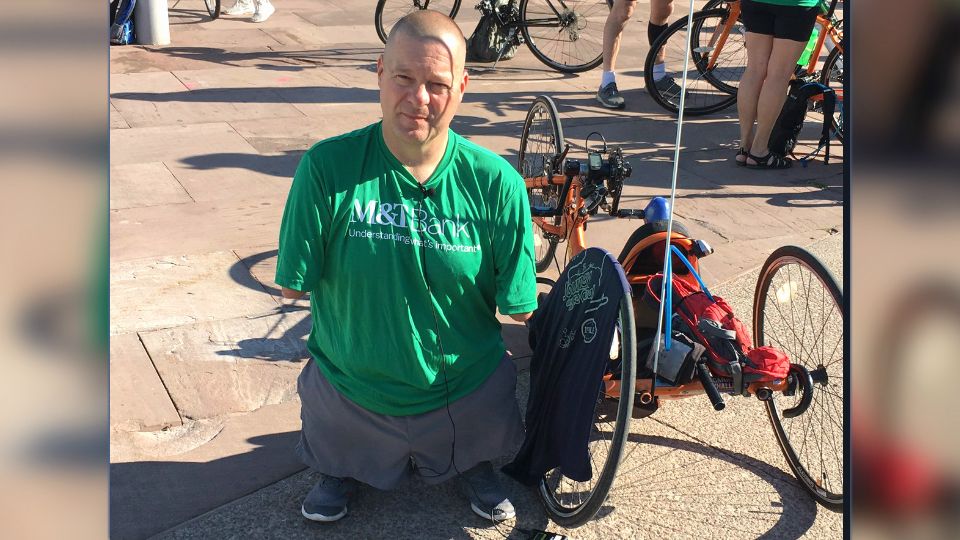 Our Ability President and CEO John Robinson led a group of bicyclists on the first leg of the 7th annual "Journey Along the Erie Canal" Monday.

Over the next 10 days, Robinson will make his way to Albany with a message for people with disabilities: Join him for just one mile.

"You walk, you cycle, you run, you hobble, you get your wheelchair, whatever it is, you get out there for one mile, we know you'll do two, you'll do four, before you know it, you'll do 360," Robinson said.

Robinson went to watch the Paralympic Games in London in 2012.

When he came back, he sat on a handcycle for the first time.

"That has honestly changed my life, and I hope changed others that have handcycled, have joined us that have been inspired, and then all that translates to opportunity to work, and that's what this is all about," Robinson said.

Our Ability partners with several businesses throughout the race that have demonstrated a commitment to hiring people with disabilities.

More than 20 M&T Bank employees joined Robinson on Monday's leg which stretched from Buffalo to Medina.

"What they really do is provide support for us internally to better understand what it means to support individuals with disabilities who we bring on board as well as increasing awareness and how we can operate in the community as well," Farrell said.

Robinson says there are 1.1 million New Yorkers of working age who have disabilities.

After he graduated from Syracuse with a degree in broadcasting, he didn't find work for more than four years.

He says this event is one way to show that with a minor accommodation, people with disabilities can thrive.

"This is the public way that we show it, but 50 weeks a year, we're about getting people to work, getting people out of their home, into the community, and work is so important to that," Robinson said.

The ride finishes in Albany on July 10.