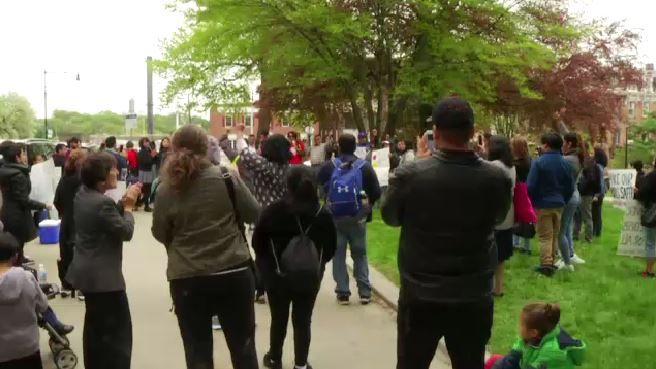 The group Nobody Leaves Mid-Hudson and supporters gathered and got on buses leaving from Middletown and other Hudson Valley cities to head to the capital, saying New York should join 12 other states to allow udocumented immigrants to get driver's licenses.

People from all around New York State came to the rally -- from Queens, where some say it would ease their work commute, to Rochester, where one farm worker and father says he feared deportation when he was pulled over, but was forced to drive illegally because he didn't have a license.

"Ever since that day, I struggle," said Alianza Agricola Organizer Luis Jimenez, "because every day I have to make the decisions to take the risk to drive to work, because I have to provide for them, knowing I could be separated from my family."

The Fiscal Policy Institute points to safety benefits by having undocumented immigrants get a license, because they would need to take state tests and learn the rules of the road.

The push to update the law comes 10 years after then-Governor Eliot Spitzer receievd a wave of backlash for making it a top priority.  Critics in the Assembly say a driver’s license is a privilege, not a right.

"We're tired of promises, we're tired of being told to wait," Jimenez said. "This is a need now, and we will only accept a solution now because there is such a huge need for us. There is no time to wait anymore."

A bill has been introduced in the Assembly and Senate this session.