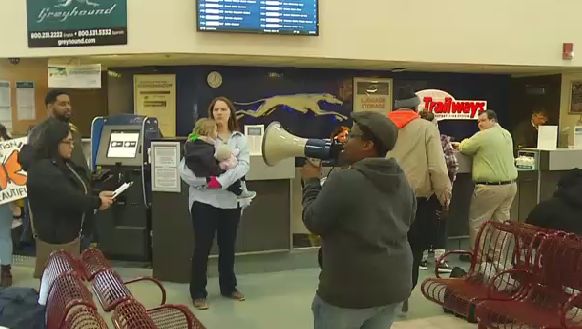 Syracuse was one of the cities hosting a demonstration.

A video posted on Twitter in February showed a Border Patrol officer on a train leaving Syracuse asking people if they were US citizens.

Protestors said transportation hubs should not allow Border Patrol aboard without a warrant.

"For a lot of the folks who come here, the United States was beacon of light. Right now we're seeing a slide back to something to isolationist, zenophobic coming from on high, coming from the top and it is terrifying," said Herve Comeau, Onondaga County Volunteer Lawyers Project Immigration Attorney.

In the past, Greyhound has said the company is required to comply with law enforcement.

Border Patrol did not get back when Spectrum News reached out for comment.