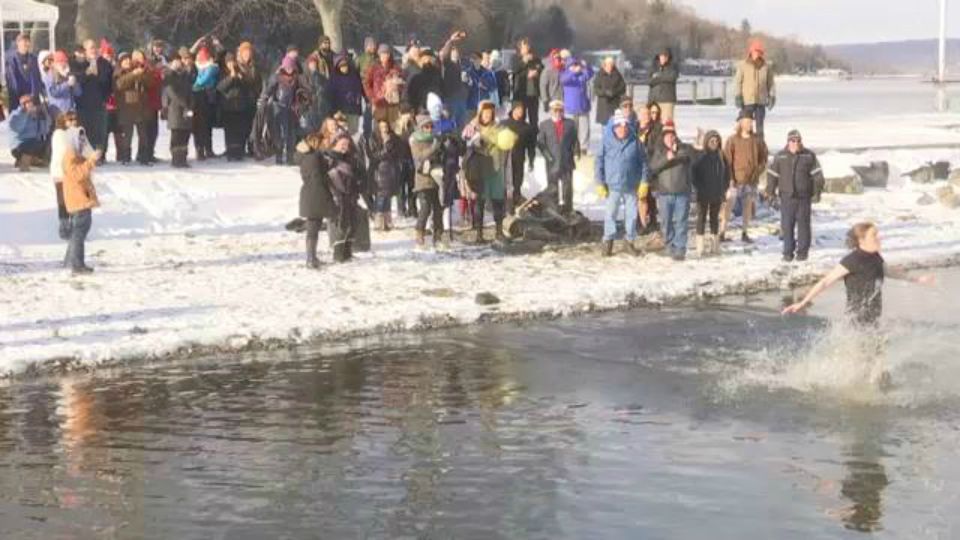 ITHACA, N.Y. — With the current forecast in mind, imagine jumping into a lake.

Some people in Ithaca did just that Monday.

But it was for a good cause.

The third annual New Year’s Eve tradition of the Ithaca Chill Challenge happened at Ithaca Yacht Club, despite temps being in the single digits.

More than $35,000 was raised by teams for the Ithaca Community Recovery Center.

The organization supports those recovering from addictions.

It's something many participants are happy to help with.

"I got involved in this two years ago when my friends dragged me into this, but when I learned what this was about, Ithaca Community Recovery, it's an unbelievable cause," said Mike Brindisi, Ithaca Chill Challenge.

For safety, swimmers were wrapped in blankets as soon as they came out of the water. There was an ambulance on standby and divers in the water.