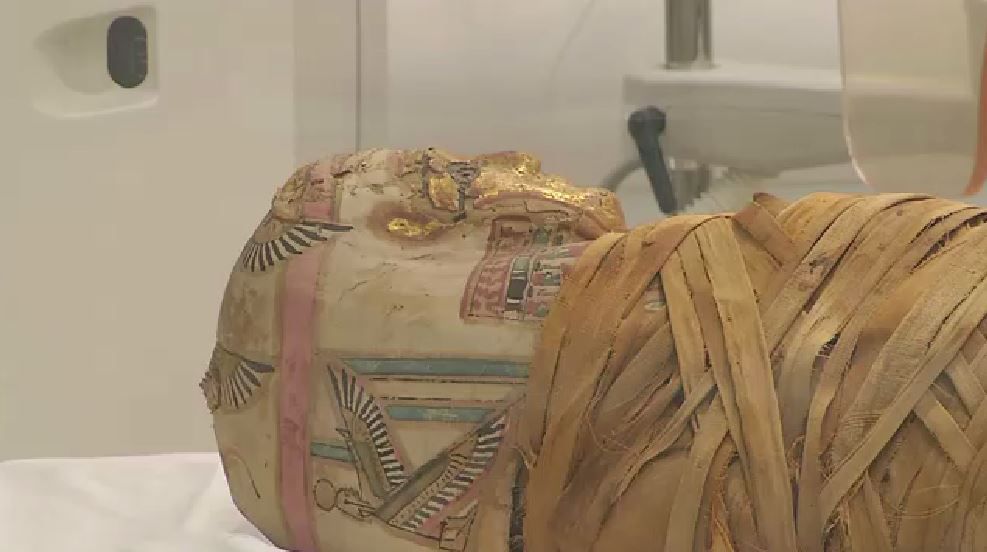 Results of a CAT scan performed on a 2,000-year-old Egyptian mummy are now being reviewed. The procedure was conducted Sunday night at Crouse Hospital. As Brad Vivacqua shares, the hope is to open the door to a couple of age-old mysteries.

CAZENOVIA, N.Y. -- The Egyptian mummy that has been on display at the Cazenovia Library for the past 100 years got out for a little fresh air Sunday night.

Doctors removed "Hen" from his glass showcase and brought him to Crouse Hospital for a CAT scan. It was the second round of testing done on the 2,000-year-old mummy -- after a scan in 2006 found what appeared to be a malignant tumor in his leg and an abnormality in his chest.

Doctors performed the scan and did a biopsy as well, taking his DNA and placing it into special solution that helps rehydrate mummified tissue.

It will be 2 or 3 months before any results are final. The hope is that this will lead to a medical breakthrough, but it is also about discovering more about this man who lived centuries ago.

“It's wonderful to have the opportunity to do this.  As I've said before I consider this mummy to be a community treasure, something that a lot of communities our size and smaller don't have, even larger don't have," said Radiologist Mark Levinsohn.

"We want to humanize Hen.  He's not just a mummy.  He's a person who lived a long time ago and this is a way for people to know more about him,” said Cazenovia Public Library Director Besty Kennedy.

Robert Hubbard, who started the Cazenovia Library and Museum, brought Hen back from Egypt in 1894. Researchers believe he was of some importance because of the gold and symbols on his sarcophagus.