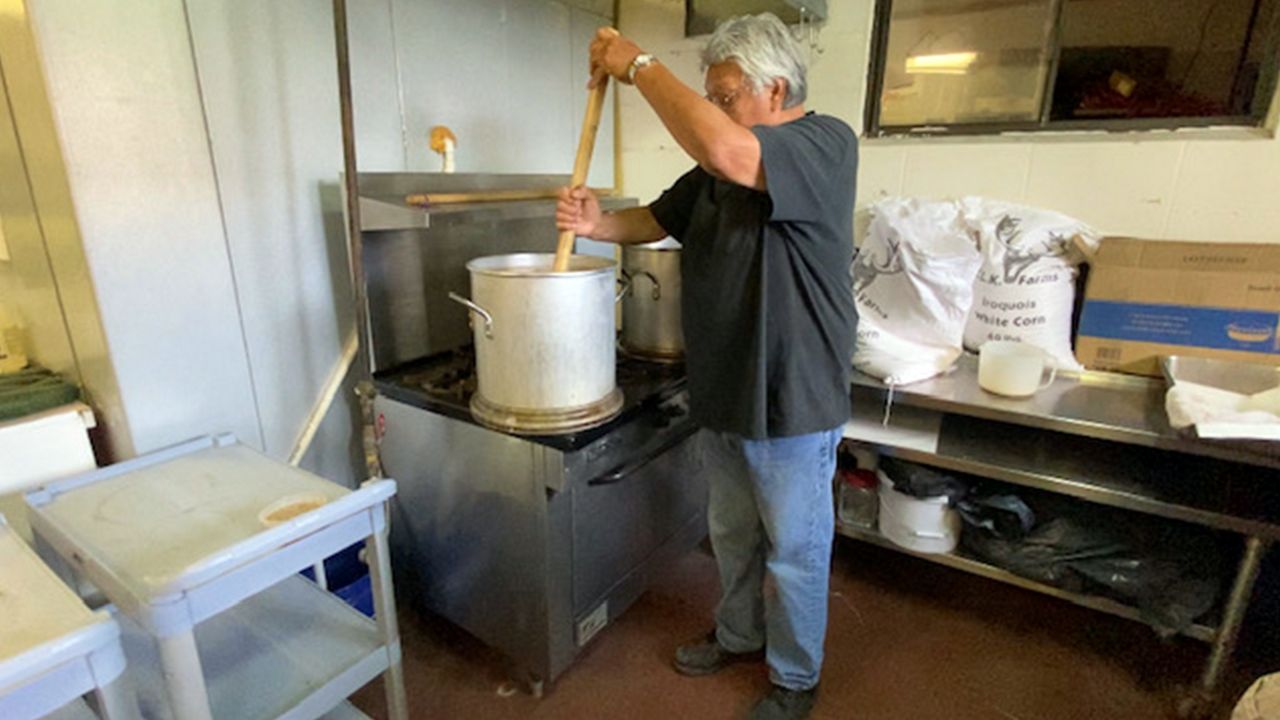 Faces of the Fair: Is the Soup House the best-kept secret?

Jim Williams cleans and cooks to make homemade corn soup every day at the fair. You’ll only find it in the Six Nations Soup House in the Indian Village.

“Oh, you’re brought up with it. Families have been making it for years. Again, it’s one of our staples as native people,” said Williams, the soup house supervisor.

Williams, of the Seneca Nation, has worked in the Soup House at the fair for more than 30 years. He’s now the supervisor while his granddaughter works there, too.

“A lot of people come in and they ask about what kinds of traditional foods that we do have,” said Indian Village Soup House Assistant Manager Lauryn Williams. “We explain to them how the process is made for our fry bread, our corn soup. We have these specials daily, our dinner specials. We really try to tie in our traditional aspects to the food that we make.”

The Indian Village is, of course, known for its traditional dancing and native keepsakes. However, village Superintendent Norm Jimerson said the Soup House is worth a visit.

“The original Soup House was designed for the people coming from their reservations, territories, to feed them. And then later on in Indian Village times, they decided to make a revenue to help compensate the people here," Jimerson said.

From an early morning American breakfast to some Native American favorites, you’ll find a lot here.

“Once they come, I guarantee they’ll come back,” he said.

The Indian Village is located just west of Gate 4 at the fairgrounds.

The Soup Kitchen opens every day during the fair at 6 a.m., and is particularly popular for breakfast for vendors working at the fair.