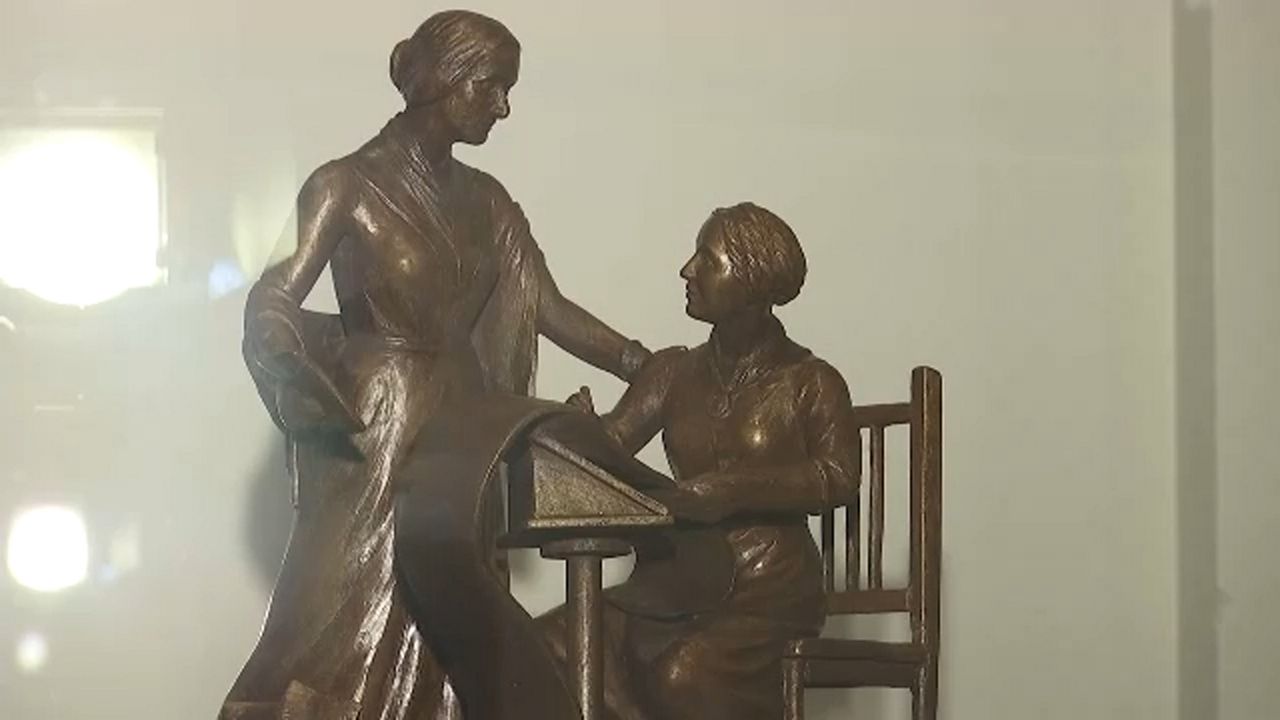 Examining the lasting effect of Susan B. Anthony and the fight for women’s suffrage

This week marks the 102nd anniversary of women’s right to vote in the United States. In Focus is commemorating the anniversary by taking a look at the history that led up to this right in the U.S., and why it’s so important for women to be politically engaged. JoDee Kenney speaks with Deborah Hughes, president & CEO of the National Susan B. Anthony Museum in Rochester about the lasting effect of Anthony and the fight for women’s suffrage in the 21st century. Hughes says that while Anthony is best known for her work in the fight for women’s rights, she was also involved in the abolition movement, and fought for an eight-hour work day and equal pay for equal work — intersectional activism that we can all take inspiration from today. Hughes says Anthony’s multifaceted legacy also underscores the importance of political involvement for women, which holds especially true in today’s changing political landscape.

You can watch the full interview with the president and CEO of the National Susan B. Anthony Museum and House Deborah Hughes in the video player above. And be sure to tune in for a look inside the biggest issues impacting Upstate New York, on In Focus with JoDee Kenney — every Sunday on Spectrum News 1.