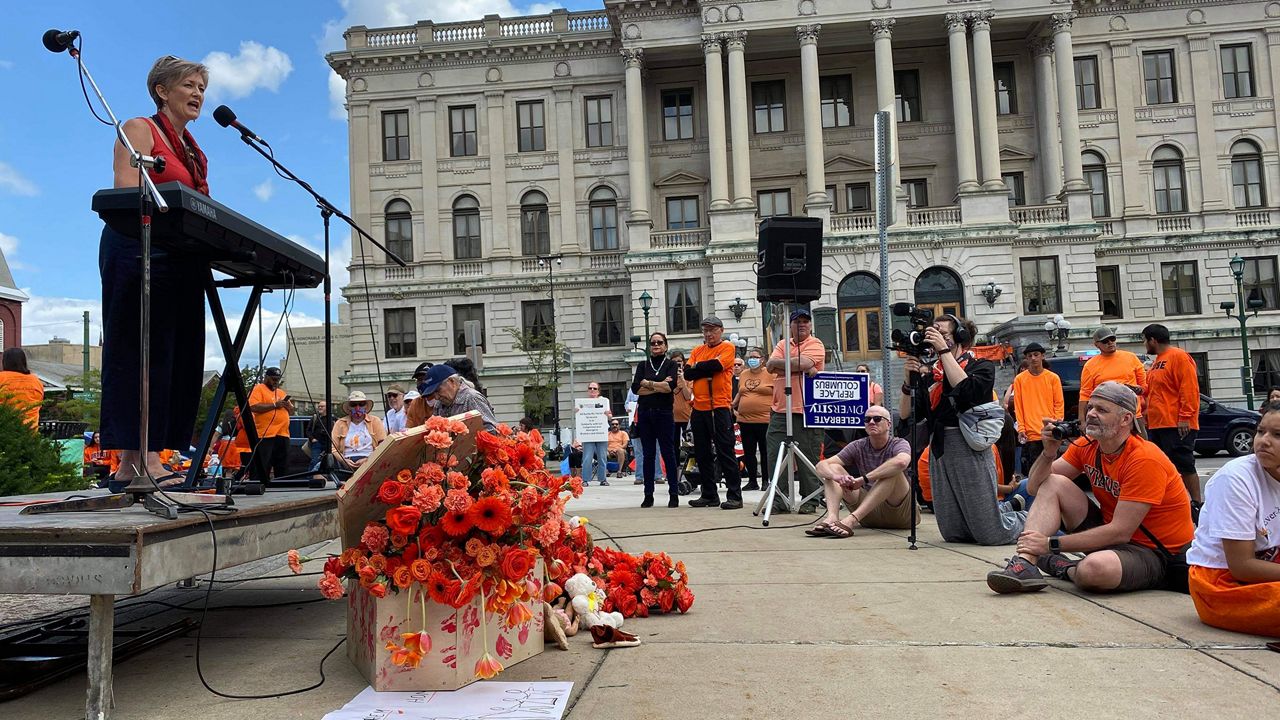 Marching more than 5 miles from the Onondaga Nation Arena to Columbus Circle, community members gathered Saturday to mourn children that never came home from boarding schools, and shared their own survival stories.

“When people talk about the residential schools, they think about the 1800s, not realizing that there are survivors like myself out here that have gone through, and went through that whole assimilation process,” said Virgil Braverock.

Virgil says he was sent to Saint Mary’s boarding school in Alberta, Canada, at the age of 6, and couldn’t leave until he was 15.

“During those years, if you were caught speaking our language, we had to put industrial soap in our mouths until our tongues blistered. For any other infraction that was occurred at that school, we were punished by whippings,” said Braverock.

Matilda Thompson is Navajo, and was also at Saturday’s event. She says her father went through a similar experience at a school in Arizona.

“Kids were forced not to speak their language, and they would get beat or whipped if they tried to speak Navajo, but he goes, ‘I was so stubborn that they couldn’t beat it out of me,’ and he’s very proud of that,” said Thompson.

Some hope for more discussion and education around the history of mistreatment.

“Finding a way to move forward with education, changing those textbooks if possible, changing the curriculum moving forward,” said one of the event organizers, Awhenjiosta Myers.

“It’s a shame that it happened, but it’s an unwritten history that needs to be written, and [people need] to be aware that our people went through this,” said Braverock.

Some on Saturday also supported taking down the monument in Columbus Circle.