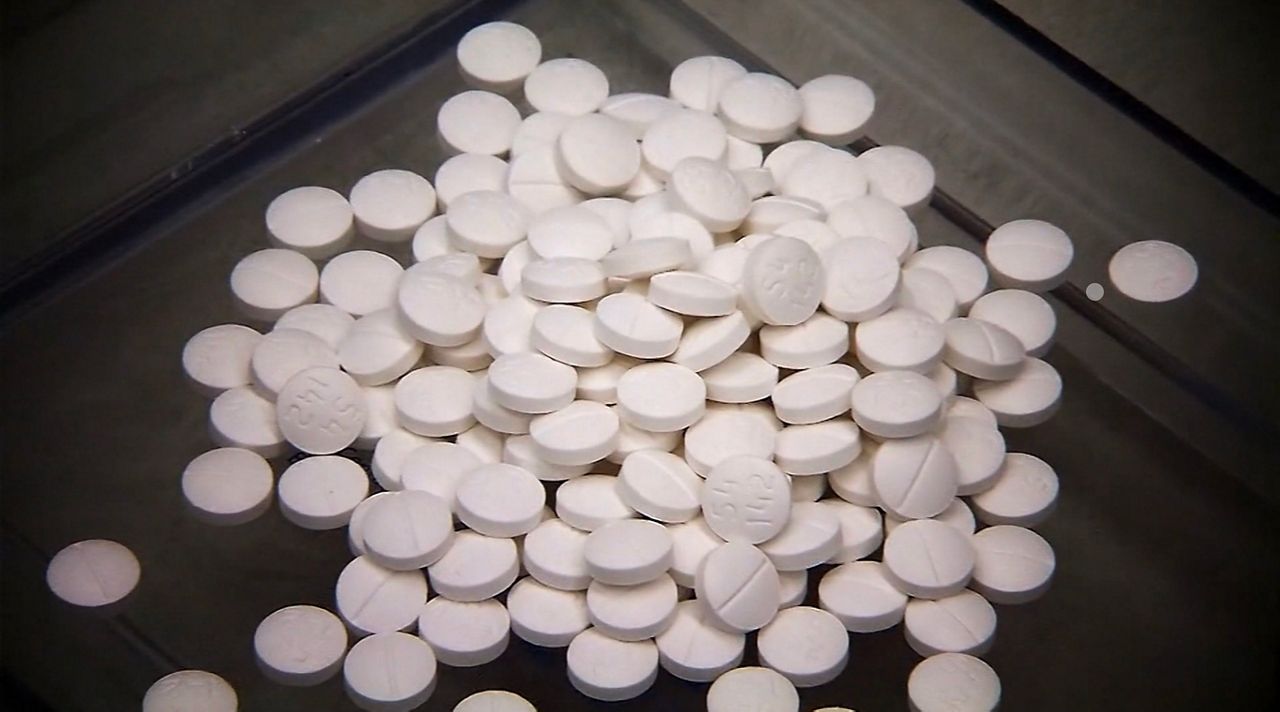 ROCHESTER, N.Y. — Johnson & Johnson has settled with New York state for $230 million after being sued by the state for its alleged role in the ongoing opioid epidemic. Recovering addicts are weighing in on what should be done with the money.

Dean is thankful. Thankful for his home, his car and his job of remodeling homes.

“I love it,” Dean, who didn’t want his last name published, said. “I grew up here, my family lives around me. My mom is seven minutes walking distance from here.

That’s because two years ago, he didn’t have any of it.

“I had nothing,” Dean said. “I was walking, I had no home. I was living under a bridge. I didn’t have anywhere to go.”

For 15 years he struggled with opioid addiction, which not only left him homeless, but in and out of jail. He’s even overdosed multiple times.

And it all started with pain killer medication, prescribed to him in high school after an ATV accident.

“The pills made me feel so good,” Dean said. “I loved having them all the time. And they were so easy to find, and so easy to get.”

New York and other states are challenging opioid makers and distributors, alleging these companies helped fuel the ongoing opioid epidemic.

And while Johnson & Johnson did not admit liability or wrongdoing, it agreed to settle with New York state late last month for $230 million.

And Dean thinks that money should go to nonprofits that are out on the streets fighting the epidemic, nonprofits like Gates to Recovery.

After work, Dean went to a Narcan training event co-hosted by Gates to Recovery and Mission Recovery and Hope to support the cause. He says events like this are important, because Narcan has saved his life multiple times.

“I never thought half a bag would put me out, but it has,” Dean said. “And I’ve always been lucky to have someone to save me.”

He’s not only a member of Gates to Recovery. His boss is the president, Randy Cimino, who hires those in recovery, like Dean.

“I want to give them that chance. I pay them a good, fair wage,” Cimino said. “These are talented men and women who are very highly skilled, who just need a chance.”

Randy is a former addict himself, and joined Gates to Recovery after leaving prison six years ago.

“It’s difficult because a lot of people reach out for information, but there’s nowhere to go,” Cimino said. “You come to us, we provide that information and we provide direction as to where the help is.”

He believes the money gained from this settlement and similar ongoing lawsuits should go to mental health services and in-patient programs for those in recovery.

“That money is very well needed to help these men and women that are struggling,” Cimino said. “There’s not a program out there, in New York, that is very effective at all.”

But regardless of where the money goes, Dean is glad New York state is taking a stand, and hopes it helps people understand the consequences of a pill.

“I hope that this is more of an eye-opener for people, and I hope the right help is out there,” Dean said.