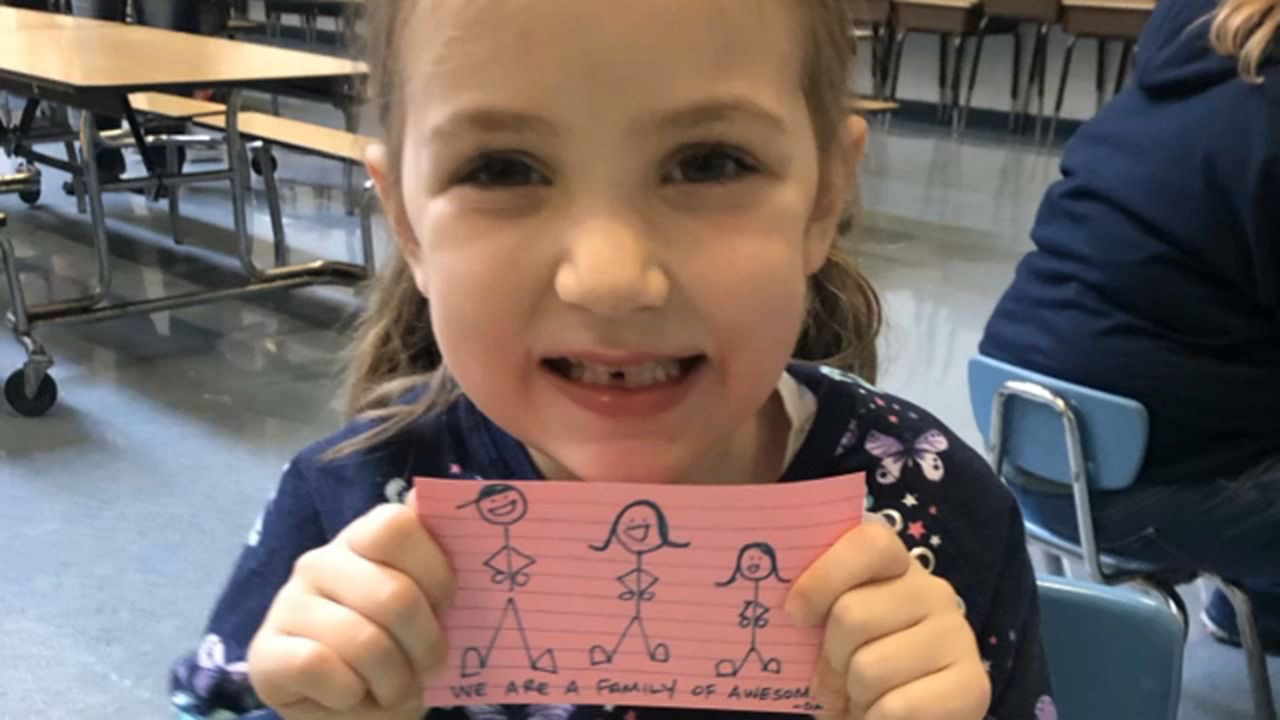 With numerous deployments under his belt, Staff Sergeant Philip Gray knows how hard it is to be away. He also understands just how much he is missed when he's gone.

So right before his latest deployment, he spent a few days writing notes for his daughter Rosie, to know Daddy is still there. One for every day of the 10 months he'd be gone.

"I'm just letting her know that even though I'm not there, I'm still thinking about her and I still love her very much," SSG Gray said.

Each day, Gray's wife Kristen would put a note in Rosie's lunch box. As a mom, she knows exactly what it means when her daughter would find her card each day.

"We really wanted to kind of approach this together and figure out just anything we could do to keep the connection there, keep it strong and let her know that this was only temporary," Kristen said.

Knowing how much it helped her daughter, Kristen decided to make a short video about the notes. Maybe it would help others. What she didn't expect was an email she got a short time later.

Looking ahead, The Kelly Clarkson Show reached out, wanting to share this story on its Veterans Day episode.

"I did not expect any of this to be really popular," Kristen said.

"I don't think a normal person expects to be a trend on Tik Tok," SSG Gray added.

In addition to the notes, the Gray's also used paper bracelets to create a chain link. There were notes on those as well. One would come off each week, a countdown if you will, for when Dad comes home.

"It's such an unconventional set up, when you think, about all the time away and all the time apart and the crazy schedules. It just kind of stresses the importance of doing the little things," Kristen said.

The little things that can build up to the big ones, like the moment when Gray returned home to Rosie, running and jumping into his arms.