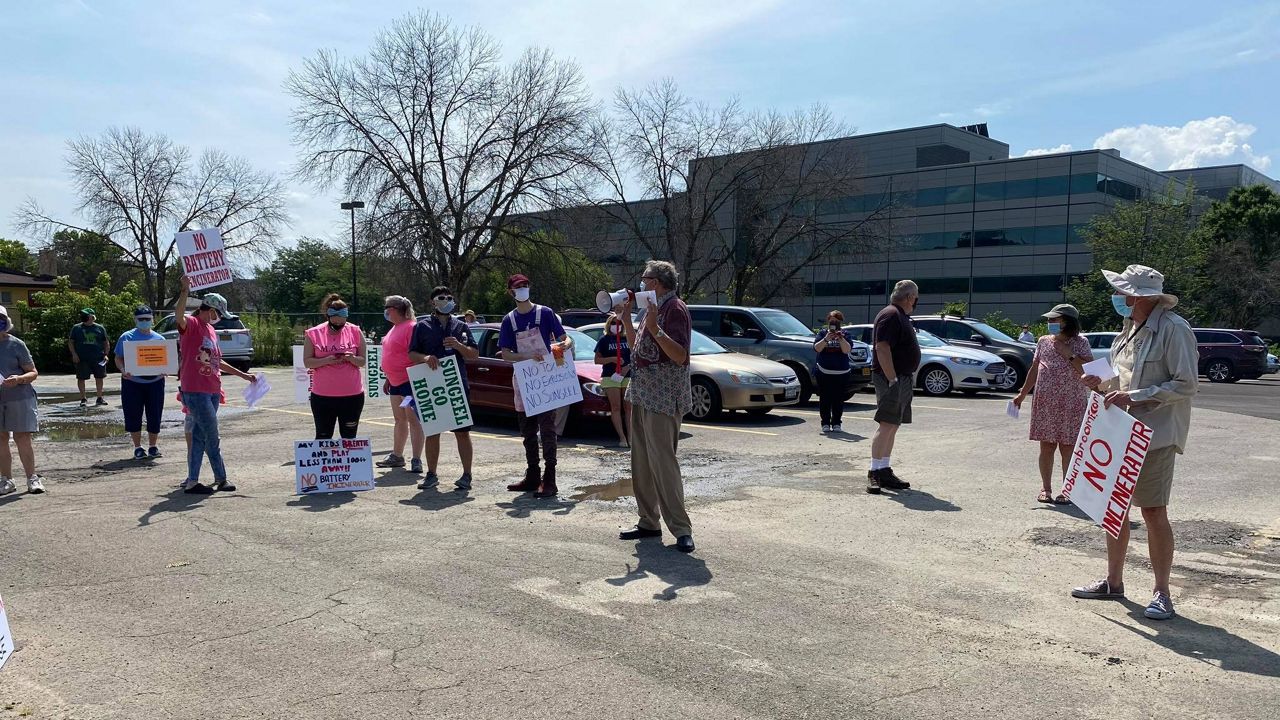 Protesters in Endicott on Saturday rallied against a facility they say would spew harmful chemicals, and affect the lungs of everyone that lives in Broome County.

“We want SungEel and the big players to know that our community does not want this," said Amanda Smith of Mamas Against SungEel in Endicott.

“They are toxic, they are an explosion risk, a fire risk, they want to put their battery incinerator right next to our baseball fields, our park, our community pool, our carousel, our homes, my home, my backyard, where my children breathe and play," said Smith.

No Burn Broome has been vocal against the battery recycling facility, in petition and rallies.

Protesters in Endicott marching earlier this morning against plans to build a battery incinerator in the village nearby a baseball field and homes. Marchers say the plant would emit harmful chemicals into the air. @SPECNewsCNY pic.twitter.com/PtiswBvUlK

Saturday, marching around the block of the proposed site, they voiced their opposition.

“This incinerator, lithium incinerator is being touted as a job creator, which in fact it's not, it’s a job destroyer, and it’s a community destroyer as well," said Rick Sprout, Broome Tioga Green Party Chairperson.

“We have a lawyer waiting in the wings to sue the village if they try to pass this local law which allows this thing to go in," said Connentt.

A public hearing will be happening July 30 on Zoom. The hearing will discuss an appeal to zone the area for the recycling business.