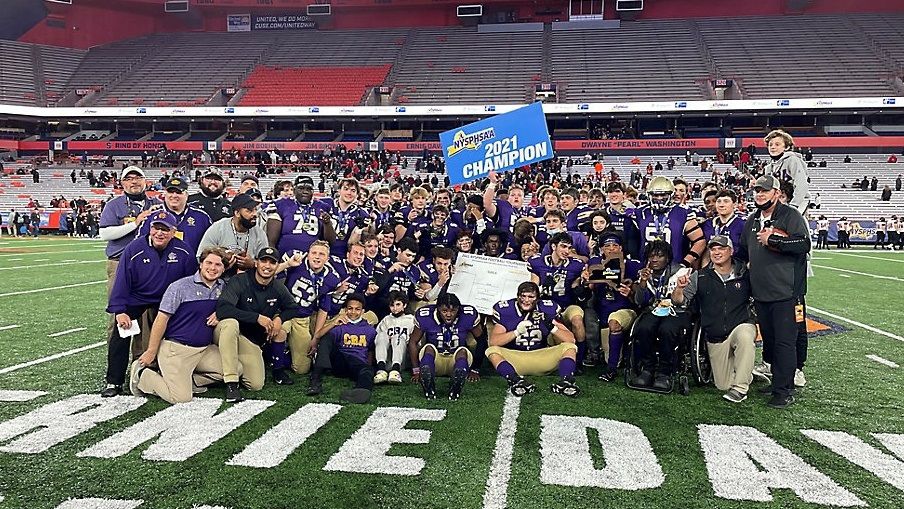 The clock refused to strike midnight for the CBA football team, which capped a remarkable run through the playoffs with a thrilling 32-31 win over previously unbeaten Somers Friday in the state championship game.

The Brothers (9-3) took the opening possession and marched methodically down the field, finishing off a nine-minute drive with a one-yard touchdown plunge by senior Danny Anderson to take the early lead. They extended the cushion late in the second quarter when quarterback Jordan Rae found Amari Pitts for a 55-yard scoring strike with 20 seconds remaining in the half.

The Section 1 champ Tuskers (12-1) took the ensuing kickoff back 80 yards for a touchdown to cut the CBA lead to 16-15 at intermission, and then struck first in the third quarter to take a 22-16 advantage.

But this story was destined for a happy ending for the Brothers, who entered the postseason as the sixth seed in the Section III tournament after losing three straight games to close out the regular season. On a fourth and five play later in the quarter, Rae fired downfield for Anderson, who beat double coverage to make the catch and find his way into the end zone for his second touchdown of the game. After a two-point conversion, the Brothers had the lead again at 24-22.

After a three-and-out, Rae connected with Jason Brunson on a third down play for his third passing touchdown of the game. CBA had a 32-22 lead, but with just over a minute remaining Somers found paydirt and suddenly the Brothers lead was down to one. The Tuskers then gambled and went for two, but Brunson stepped in front of a pass in the end zone to snuff out the threat and preserve a 32-31 lead with 1:19 left on the clock.

The celebration poured onto the field shortly thereafter as CBA relished its second state football championship, and the first since the Greg Paulus era in 2004. Six straight wins to cap off a remarkable run and claim the first NYS football title for Section III since Skaneateles won the Class C crown in 2017.