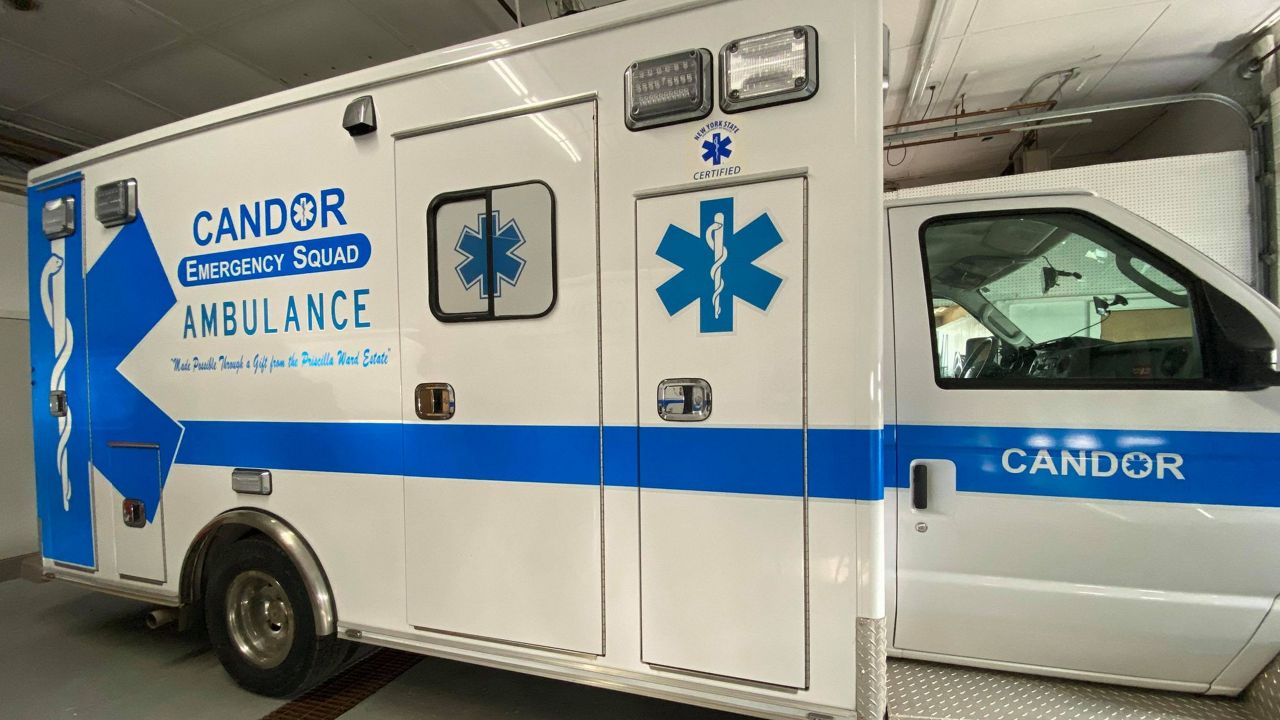 It's a problem impacting the entire state: there aren't enough EMS workers. According to the New York State Department of Health Bureau of EMS, providers have declined 9% over the last decade.

Candor's emergency services are facing the tough situation of where to turn next. 600 times a year, a Candor ambulance responds to a call for help. For 58 years, volunteers with the not-for-profit were taking care of the community. Now, a driver and medic are paid to stay staffed 24/7.

"We just are not going to be able to survive with that amount of money going out for salaries," said Candor Emergency Squad Captain Kelly Starkweather.

Candor is using its savings to keep a staff; savings that could be used to buy a new ambulance. But as the money dwindles, their future is unclear. One option, making the service part of the town, but that would certainly mean raising taxes.

"We're doing what we can. We're working as hard as we can to try to get this figured out without burdening them," said Starkweather.

Why did Candor have to start paying for medics? There's a shortage of EMS across the state. A survey from 2019 attributes it to a decline in new volunteers to take over for retiring ones. Also EMT careers tend to offer low wages paired with high responsibility. According to the U.S. Bureau of Labor Statistics, a Binghamton firefighter, police patrol officer, or registered nurse all make almost double that of an EMT. Numbers for Syracuse and Utica show similarly low wages.

"Most towns do pay for their EMS service, every town pays a fire district service," said Starkweather. She also says it’s even tough to get training.

"Right here in Tioga County, there is no more education to become an EMT, that dropped last year. In order for anyone locally to go to class they're gonna have to go to Broome County, Cortland County, or someplace like that to even be able to become an EMT," said Starkweather.

There's a GoFundMe for Candor's ambulance service. It has a goal of $250,000. So far at least $10,000 has been donated. Starkweather says the town might look at its budget in September to potentially offer assistance. She's just hoping they can make it that far.