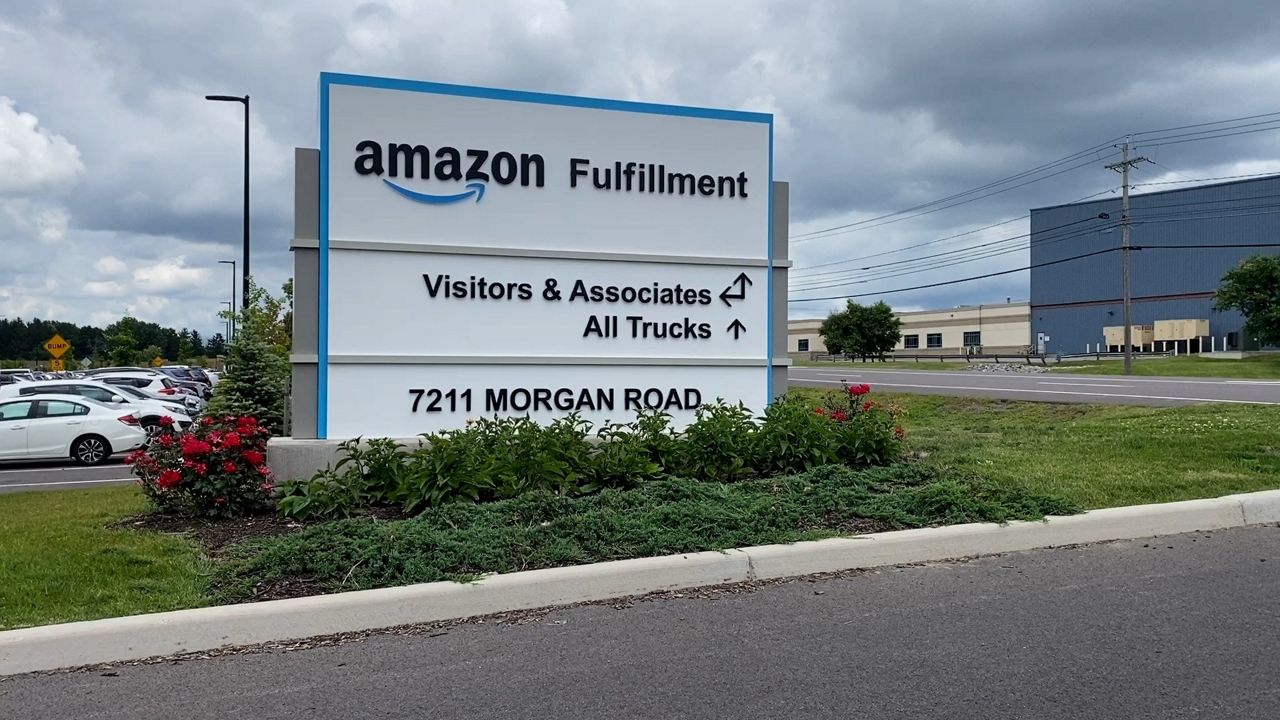 Syracuse University students were invited to tour the Amazon Fulfillment Center in Syracuse to see some of the company’s technology first hand at one of its newest and most advanced facilities.

"I love Amazon. I think being that they supply from all sorts of levels from entertainment, obviously Amazon Prime is really interesting," said student Thomas Cheng. "As someone who has a lot of interest and a lot of passion, Amazon is definitely a company that I see myself working at. Not only from a personal aspect but a professional aspect with digital marketing."

Cheng works at SU's Mary Ann Shaw Center’s public and community service IT department. A part of his role is to go to different Syracuse city schools and educate students on an array of information technology subjects.

“The Syracuse City School District is a very red lined system, so they are very underfunded, under represented," Cheng said. "Being from New York City, I had the honor to participate in a very surplus, very professional, education system. Whether it be from AP classes, honors or just a lot of resources. Kind of being able to help those who don’t necessarily have the same resources as I did is really passionate and also being able to formulate relationships with my students is a rewarding experience.”

Some of the other students who were on the tour were young women who were a part of the IT Girls Program at Syracuse University. The program targets high school girls who want to purse a career path in technology.

“It was basically a stepping stone, intro to SU program, got people involved in technology and the i-School at Syracuse," said Estella Quy.

Quy also works at the Shaw Center’s IT Department. She said it’s exciting to be able to tour the facility and really values what Amazon has to offer.

“All the technology and outsourcing that Amazon does, it’s really fascinating. I would love to work at Amazon," Quy said.

Quy said she wants to see more women get involved in the technology field.