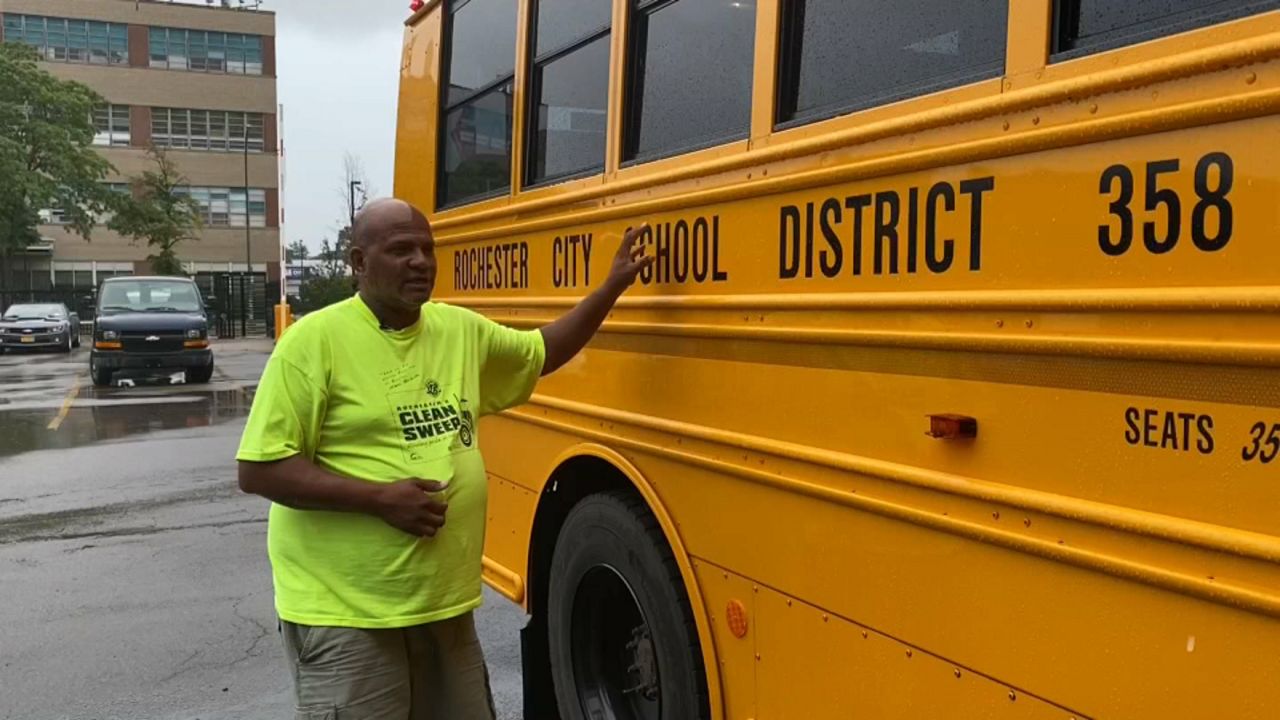 Bus drivers prepare for a new school year in the RCSD

Tondre Stoudemire has maintained a routine for decades, checking every inch of his bus at the end of his shift. He works as a bus driver for the RCSD.

“I wouldn’t be doing this job for 40 years if I didn’t love kids," said Stoudemire.

His favorite part of the job is making relationships with each student that gets on his bus.

“I love all my kids," Stoudemire said. "I see them out and they say hey Mr. T, do you remember me?”

With four decades behind wheel, he has seen a lot of changes. But the last couple of years brought some of the toughest. A pandemic and a bus driver shortage.

“We’ve all had to step up to the plate and chip in with extra work because we didn’t have enough drivers," said Stoudemire. "Even managers and expediters who plan routes, we all had to contribute to get the kids safely.”

Last year, the Rochester City School District was dealing with a busing crisis. Even as the school year started, many kids were without transportation. With just days to go before the first day of this new school year, the district says they’re in a much better place thanks to new strategies.

“We hired an additional contractor and that's been able to help us with some of our smaller routes," said Mike Schmidt, chief of operations for the RCSD. "Our charter schools agreed to tier their schools so they have two different start times instead of the same. So that maximizes the buses, it saved us about 90 buses.”

This is Stoudemire's last year in the driver's seat.

“We get what we put into our jobs," he said. "We don’t put anything into it, we don’t get anything out of it."

For now, he’s still got a new group of students to start his day with.