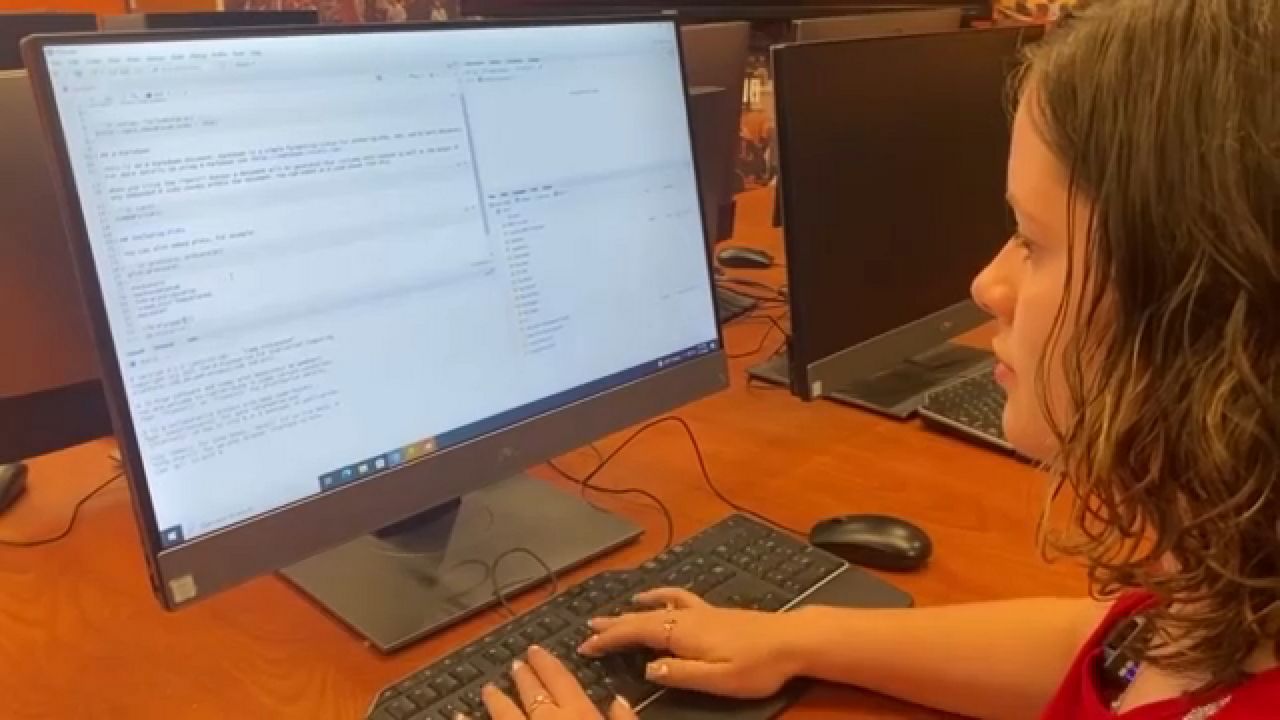 Graduation can be bittersweet, but it’s also exciting.

This weekend, Mackenzie Mangos will put on her cap and gown and graduate from Syracuse University.

Growing up in Williamson, her love of math and sports, specifically softball, sparked her interest in sports analytics.

"I was a catcher, and I caught a really good pitcher who threw about nine different pitches. So I quickly realized that I needed to learn how those pitches moved, when to use them and in what sequence," she added.

At the beginning of Mangos' freshman year, she was one of three women in the SU sports analytics program, but she didn't let that intimidate her.

"It kind of became a known thing that girls either didn't even come in the program, or they would transfer out after a semester," said Mangos. "So it seemed like there needed to be some type of support system."

With encouragement from her advisor, Mangos created the Sports Analytics Women's Club.

"We now have eight females in the major. And then we have a class of eight coming in the fall. So that's going to double in just one year," Mangos explained.

And while doing all that, Mangos landed her dream job – with the New York Yankees.

"I will be working for the Yankees as a quantitative analyst associate starting May 31. So it'll definitely be a crazy little turnaround here," she explained.

Before Mangos walks the stage, her message to future women in sports analytics is to simply pursue it.

"It is a little hard not seeing people that look like you and these kinds of jobs. But someone has to be the first, and that could definitely be you,” she said.