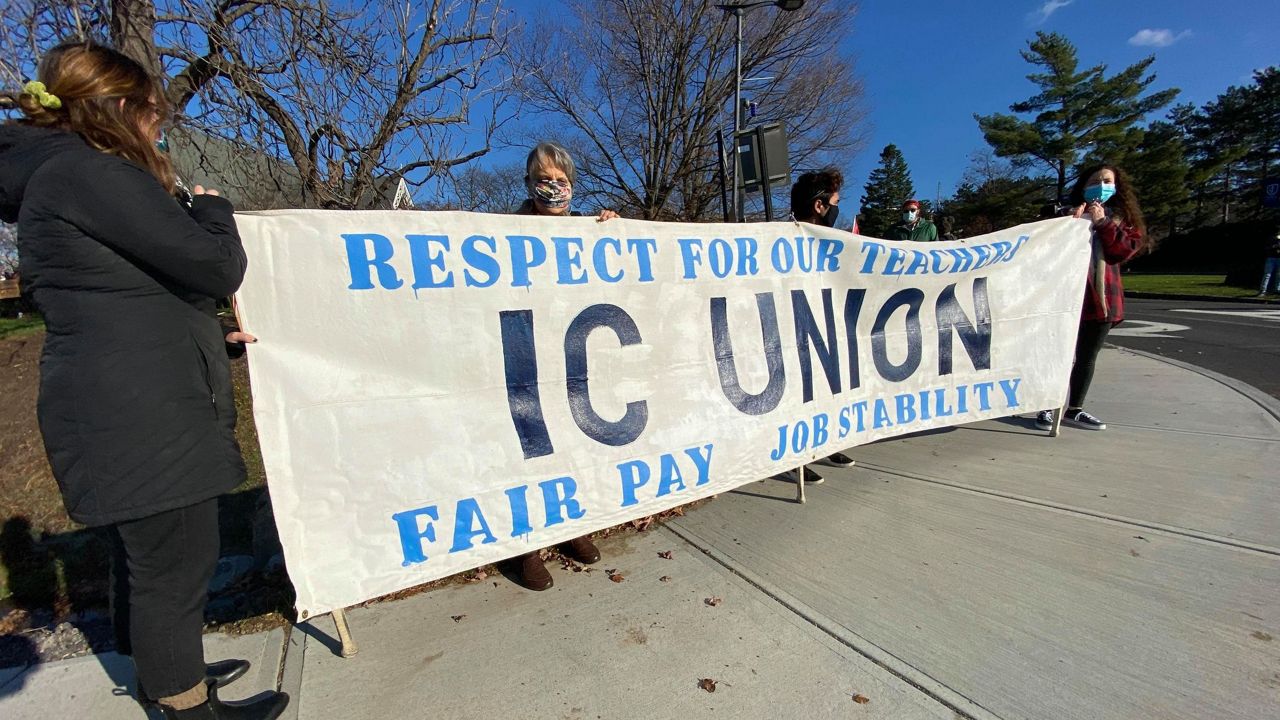 Protesters outside Ithaca College Saturday afternoon were demanding transparency about projected cuts to faculty and staff. "Open the books" was the rally chant of dozens.

"Open up the books to see what other kinds of options we have aside from austerity, which is getting rid of our human resource," said Miranda.

Protesters asked for administrators to share financial numbers with the community.

"Students and faculty and staff, like, we need to be a part of these decisions, and they need to be including us in these conversations," said Ithaca College student Tali Abraham.

NOW: Protesters demanding transparency from Ithaca College after the school announced they are planning to lay off 130 faculty. Chanting “open the books”. pic.twitter.com/zDTyqtWA0s

The rally was in response to the college saying they expect to cut 130 employees.

"We would love to open the conversation, see financial records, ideally not have our faculty fired. 130 faculty members is a quarter of our staff," said Ithaca College student Julia Machlin.

In addition to faculty, programs are also on the chopping block. Programs may also be added though. The college says all of these decisions are part of the Academic Program Prioritization, a process which began prior to COVID-19, with the input of college employees. IC spokesperson Dave Maley says the college is too large for the student population currently, and into the projected future.

"We're trying to do in the most logical and humane way making changes that will help ensure that we can continue," said Maley.

"They need to reconsider this downsizing process, stop firing all of our faculty," said Abraham.

This past summer, 34 part-time contingent faculty positions were cut. Decisions about who and what programs will be eliminated, are expected to be announced this spring.