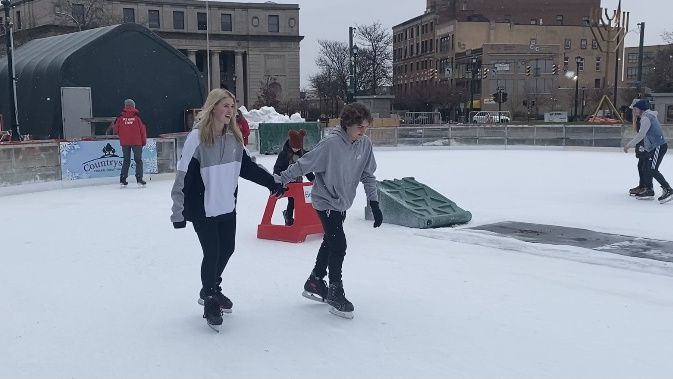 Clinton Square ice rink in Syracuse open for the season

The ice skating rink at Clinton Square has returned, and this year they are just about back to normal pre-pandemic conditions.

Madison’s papa has been coming to the ice rink since 1990 when it was first installed.

In 2001 the rink was renovated. It is the heart of downtown Syracuse and one of the city’s most popular destinations as it brings in more than 20,000 skaters each year.

Feldt started playing hockey as a young boy in and around Syracuse and in Corning, where he is originally from. Now, he’s enjoying watching his grandchildren skate and his grandson, Noah, plans to start playing hockey next year.

“You get to like push yourself around and you get to slide on the ice and balance and stuff,” Jackson said.

The rink will be open until mid-March, weather permitting.