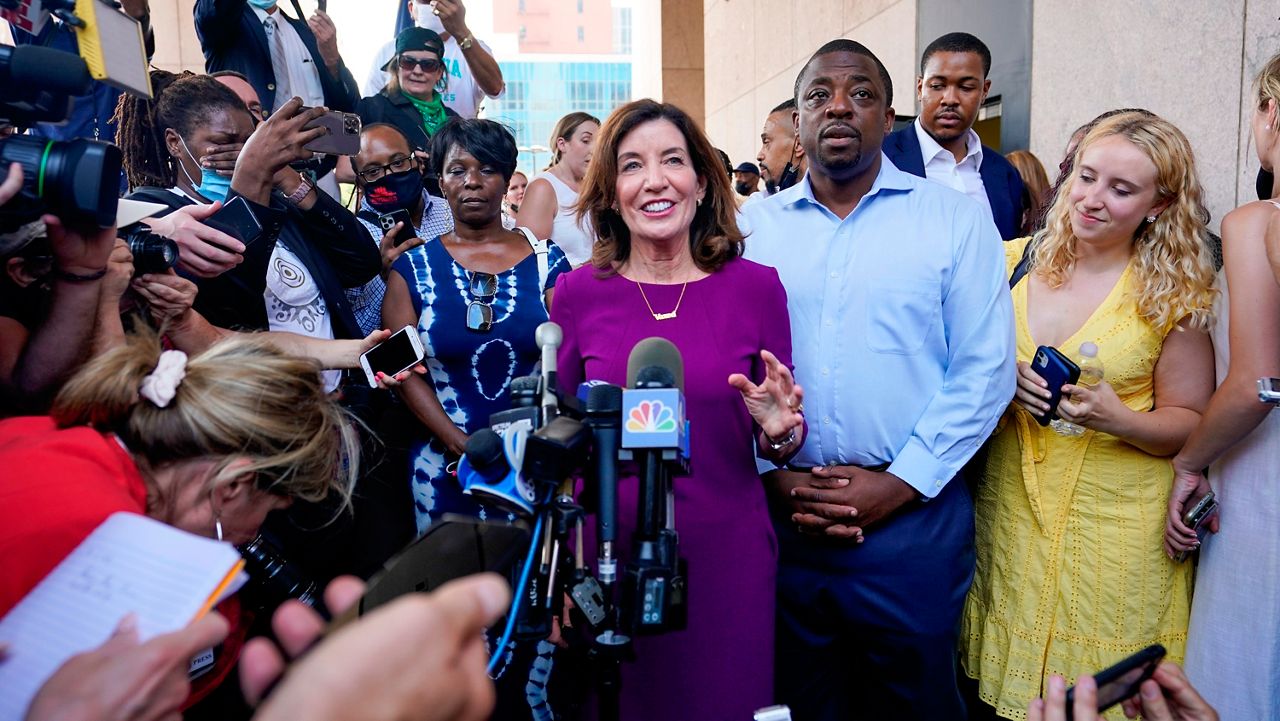 Manhattan Democratic Chairman Keith Wright on Hochul and Benjamin: 'Everything is about campaigning'

Newly tapped lieutenant governor-to-be, State Sen. Brian Benjamin was selected to run for the 30th Senatorial District in 2017 when there was an open seat.

According Manhattan Democratic Chairman Keith Wright, his service on the local community board was impressive and caught the eye of powerbrokers in Harlem.

“I spent 24 years in Albany as an New York assemblyman, so I think I know somewhat of what it takes to be a productive public servant,” Wright told Capital Tonight. “And I knew he could be a very young, very charismatic and very diligent public servant.”

Wright, who was not given a heads-up that Benjamin was picked to be Hochul’s lieutenant governor, said he knew, like most people, that the senator was being vetted.

“I know when you’re making a choice of this magnitude that you keep things pretty close to your vest,” he said.

Hochul was transparent about wanting to choose downstate person-of-color to be her second-in-command. The selection will balance a future gubernatorial ticket. It's a move that makes sense, according to Wright, who said it’s all about the 2022 campaign at this point.

“I think everything is campaigning at this point,” Wright said. “We have a very short window…the (primary) election is going to be in June of next year.”