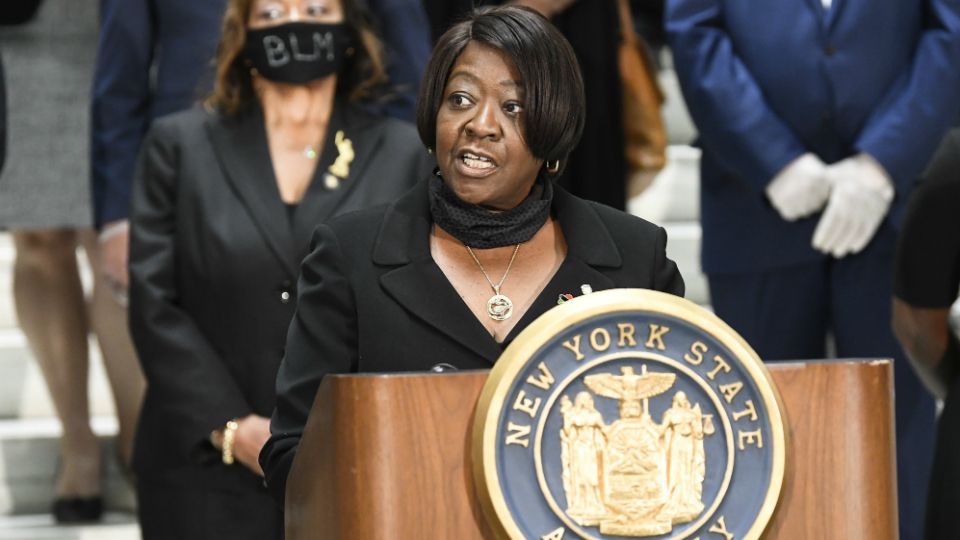 Peoples-Stokes: My Position Has Nothing To Do With Cuomo

On Monday, several female lawmakers signed a statement urging their colleagues to allow Attorney General Letitia James to fulfill her duty and complete her investigation into the allegations of sexual harassment leveled against Governor Cuomo.

There were also reports that the governor was calling individual legislators to ask for their support for the same thing: to allow James to complete her investigation before calling for his resignation.

Was the letter written at Cuomo’s behest? Not according to Assembly Majority Leader Crystal Peoples-Stokes, one of the lawmakers backing the letter.

“That is absolutely not true,” she said. “I can tell you, myself and a few other women, we were up almost overnight. That letter changed about six times. Every time you sent it to somebody different there got to be different changes. There is no way the governor played a role in that.”

Peoples-Stokes also stated that the governor never asked her for help whipping up support for him among her colleagues.

“I can tell you that he didn’t call me up ask me to do that, because if he had called up and asked me to do that, that would have given me a whole different perception of the issue,” she continued. “No way would I accept a call or accept a challenge like that from anyone.”

“What people don’t understand is that my position has nothing to do with Andy Cuomo. It’s a principled position. It has all to do with the fact that there is due process in the court systems and all too often people don’t get to have that,” she explained. “As you can see, I am an African American woman. This is no offense against anyone else, but I am of a people who have in this county for generations been found guilty of things before we were properly tried.”

That said, Peoples-Stokes did admit to speaking with the governor, but about marijuana legalization, not the sexual harassment allegations.

“If some people want to know if I have talked to the governor, yes I have. I have talked to him a couple of times,” she said. “Kind of screamed on him a little bit about some of the negotiations we are having, regarding the marijuana bill.”

The majority leader told Capital Tonight that she has pressed on the governor and his staff, and that her allies in the Assembly are working “very aggressively” on this topic.