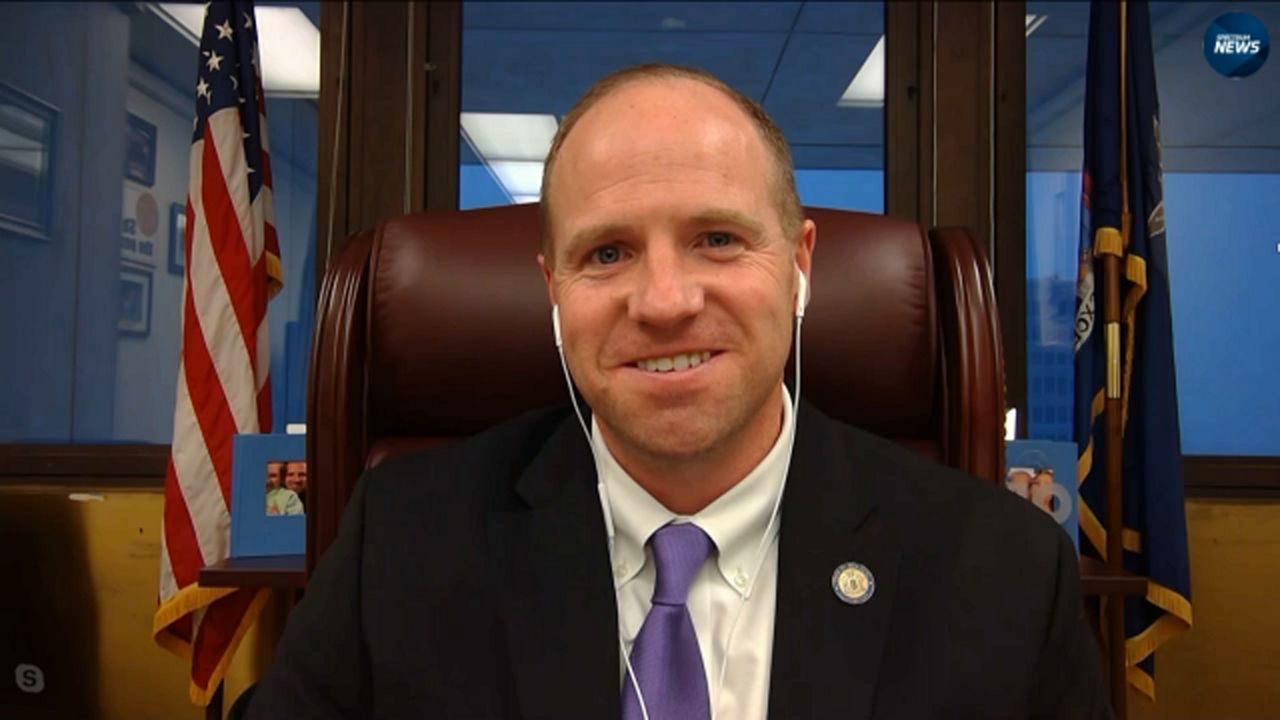 Senator Tim Kennedy, chairman of the Senate Transportation Committee, told Capital Tonight that the governor’s proposed budget, along with his expectations of federal relief, are too conservative and will cause cuts to occur in agencies across the state.

“If we get the aid that we need, we will be able to focus in on areas that have long been neglected,” he said.

These include projects throughout upstate New York as well as the Gateway Tunnel project in New York City.

Kennedy, and his counterpart in the Assembly, William Magnarelli, presided over Tuesday’s budget hearing which included testimony from the MTA, DOT, county highway superintendents, and upstate transit agencies, among other groups.

After lengthy testimony from the top tier of MTA’s leadership, transit advocates expressed concern over the governor’s decision to continue withholding funds from mass transit agencies in his budget.

According to Reinvent Albany, if the federal government doesn’t provide New York State with the anticipated $6 billion in relief, the governor’s executive budget not only continues this year's budget adjustment process into next year, but it does so with unilateral authority.

In other words, the legislature would not have the ability to reject the governor’s cuts – an ability it does have in the current fiscal year if withholdings become permanent cuts.

When asked about this provision in the governor’s budget, Senator Kennedy said, “It is unacceptable in and of itself.”

“But that being said, you have to look at what the governor has proposed. Given the financial constraints we’ve been under because of the pandemic, we’ve really been dealing with half a deck from a financial perspective,” Kennedy said.

Rachael Fauss, senior research analyst at Reinvent Albany, told Capital Tonight, “The governor’s proposal would give extraordinary authority to the executive to adjust next year’s budget without legislative sign-off. As a co-equal branch of government, the Legislature should be alarmed.”

Advocates also point to what they call a lack of transparency around the withholdings.

Twenty groups sent a letter  to the State Division of Budget in December requesting a detailed breakdown of the withholdings by agency, but they say the Budget Division never provided it.

This lack of clarity means that advocates are in the dark when it comes to how much money has been withheld, and from whom.

When asked why the Budget Division would want to keep that information close to the vest, Reinvent’s Fauss speculated, “The concern is that the cuts haven’t been truly across-the-board.  They would like to say there’s shared pain, but it hasn’t been shared pain.”

Fauss is correct that the pain hasn’t been shouldered equally.

In the fall, after New York State United Teachers raised a public awareness campaign about the withholds, the state released money to school districts.

Fauss has other questions as well.

“Will all funds be restored equally?  Where’s the discretion there?” Fauss asked. “Who gets repaid and when is a big question.”