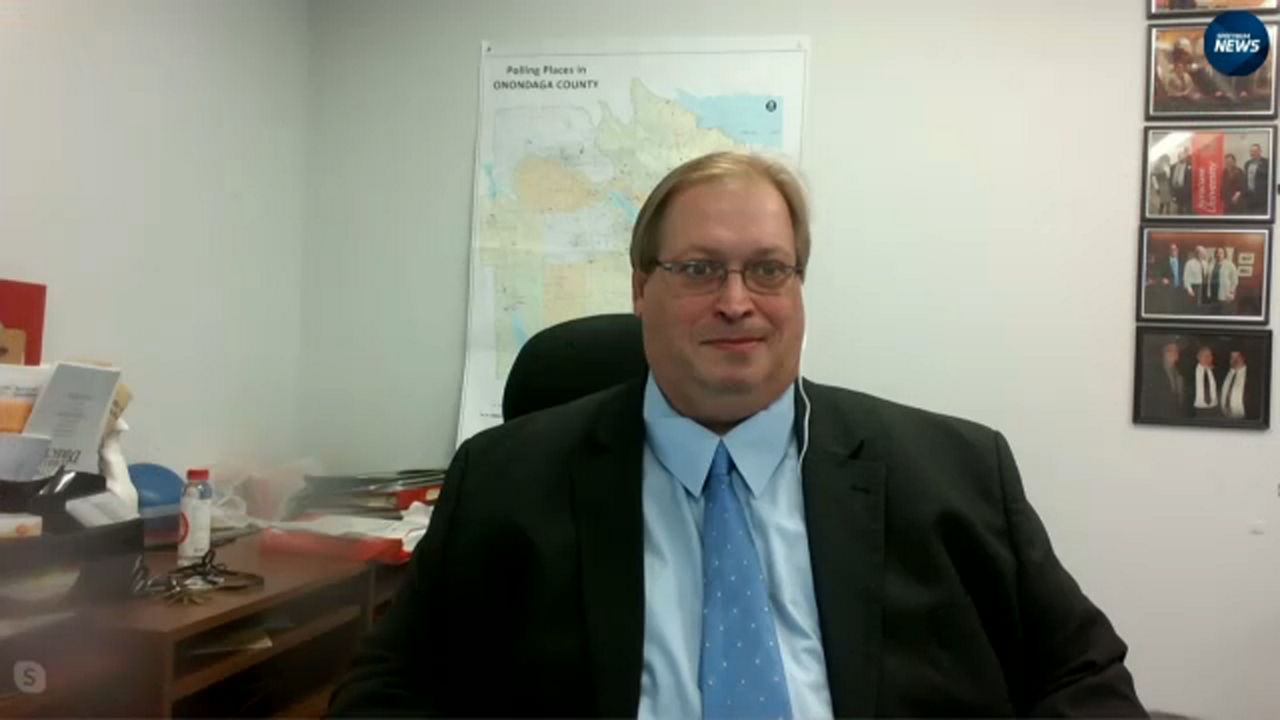 Onondaga County Elections Commissioner: “We Will Overturn Every Rock That We Can”

ONONDAGA COUNTY, N.Y. — As Capital Tonight reported on Monday, county boards of election in New York and in other states are applying for private grant funding to pay for elections this year. The funding comes from the Center for Tech and Civic Life (CTCL) which received money from Facebook founder Mark Zuckerberg and his wife Priscilla Chan.

Earlier this year the New York State Board of Elections announced that counties in the state would need $50 million more to fund the 2020 general election. The reason? Counties now need to remain in compliance with new COVID-19 guidelines for poll workers; they need to print and post many more absentee ballots than they ever have before; and they need to inform voters of their new voting choices.

No extra funding for these efforts was earmarked by the state, leaving counties to look elsewhere for funding.

On September 4, the New York State Board of Elections forwarded the CTCL grant application to county boards of election. Anecdotally, many counties have applied, including Onondaga. But it’s highly unusual for county Boards of Election to apply for private grants.

Czarny says counties frequently apply for government grants. These have included HAVA training grants, Capital grants for early voting, and the CARES Act grant that was issued earlier this year.

Some members of the good government community look askance at the Facebook billionaire’s.

Susan Lerner, executive director of Common Cause NY, tweeted out her disappointment on Monday afternoon:

A truly sad comment on the state of our democracy, that it requires funding at the whim of a billionaire (and 1 who made his fortune through a platform that monetizes propaganda, QAnon conspiracies and bigotry, to boot) to perform its most basic function. https://t.co/LhfQ7tMNOp

“Boards of Elections should not have to plead for money with out of control billionaires who’ve wreaked havoc on our democracy. Doing so makes every New Yorker an unwitting co-conspirator in Mark Zuckerberg’s pathetic attempt at image rehab. Facebook shouldn’t be able to pay off the federal government whose job it is to fund our elections. And regulate markets by the way”

Czarny didn’t want to comment on the allegations that Facebook is “monetizing propaganda”. However, he did say that he’s not ashamed to take the money.

“A drowning man looks for every branch it can find,” Czarny said. “Right now, the federal government has refused to step up and in an effort to fund elections, we will overturn every rock that we can.”