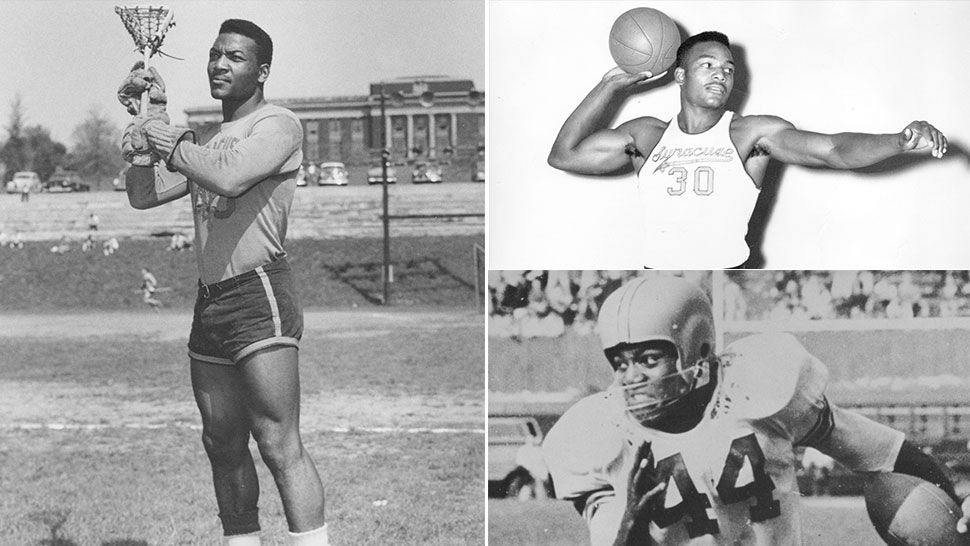 Jim Brown is widely considered the greatest professional and college football players of all-time. But should we instead be calling him the greatest college athlete of all-time? (Syracuse University)

Jim Brown: Powerful and Prolific, and Not Just on the Gridiron

Jim Brown arrived at Syracuse in 1953 without a scholarship, the only black player on the freshman football team.

As a senior, he scored 43 points against Colgate, rushed for 196 yards, scored six touchdowns, and kicked seven extra points. While he finally got his due — he was just named the greatest college football player of all time by ESPN — he finished fifth place in that year's Heisman Trophy voting.

Also widely considered the greatest professional football player ever, he was only the third overall pick in the NFL draft.These are all well-known achievements. But what many people don’t know about Brown is almost as amazing. 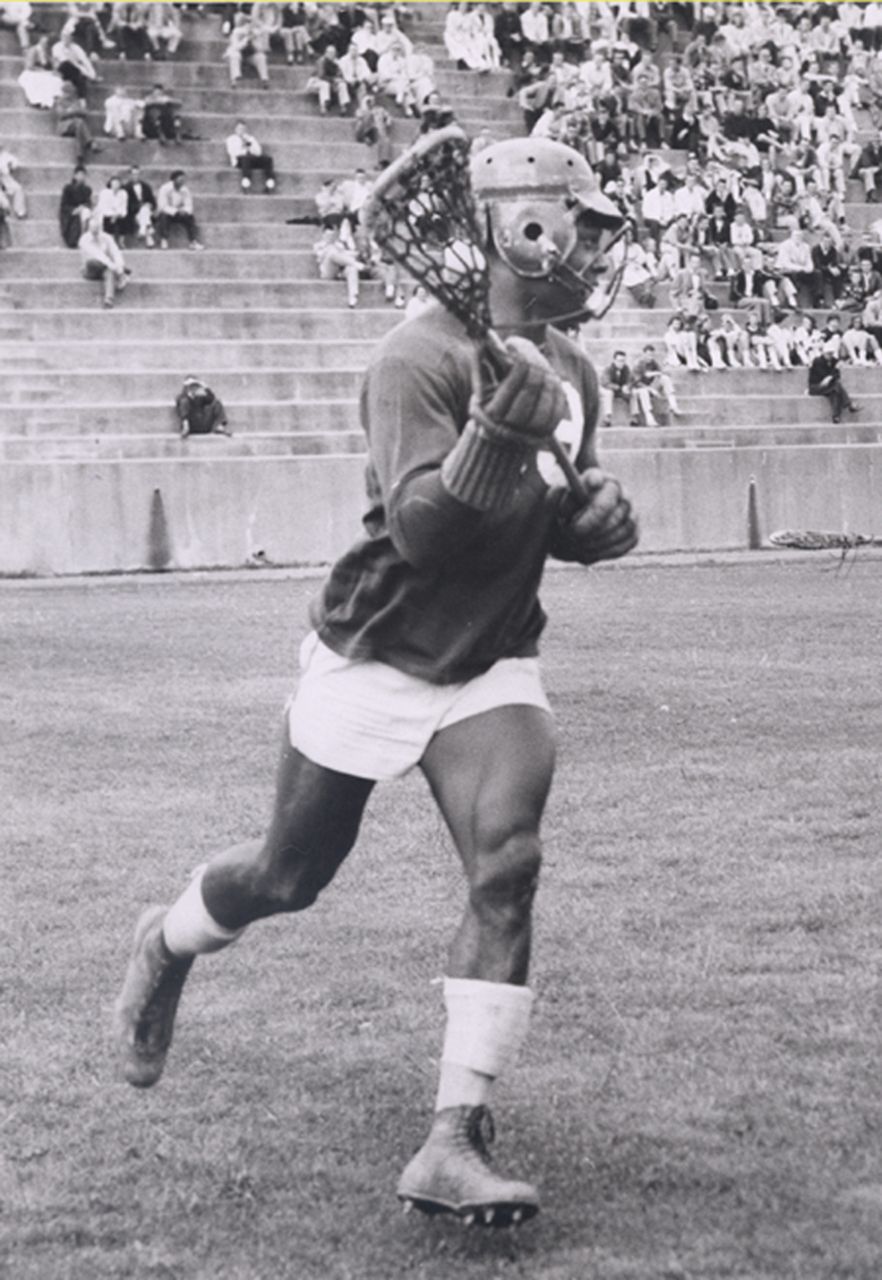 Until 1972, college freshmen were not allowed to play in varsity games, so Brown spent his first year at Syracuse punishing his teammates in practice. Jim almost left the university after that year.

“I know I was the best back there, and they were trying to tell me I wasn’t,” Brown once said. “The superintendent from my high school flew up there and told me that I’d regret it if I quit.”

Brown entered his sophomore year deep on the depth chart. Eventually, injuries to the starters forced Brown into the lineup on both sides of the ball. He ended the year with 439 yards rushing, four touchdowns, two extra points, and three interceptions.

He later said, "I went from fifth string to All-American in two years."

Brown was much more than Mr. Football. He earned 10 varsity letters at Syracuse in four sports: football, lacrosse, basketball, and track. 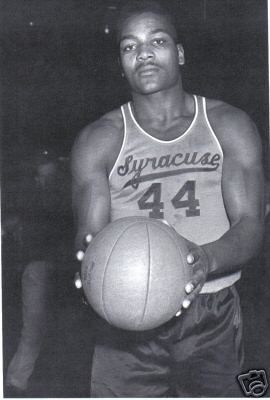 An unwritten team rule regulating the number of African-Americans allowed to play basketball led Brown to sit out his senior season. (Syracuse University)

Brown was a member of the Orange hoops team in both his sophomore and junior years. Teammates believed Syracuse would have won the national championship in 1957 with Brown on the team. But it wasn't to be.

Syracuse had an unwritten rule prohibiting three black starters in basketball. So without the promise of starting, Brown sat out his senior year. Jim Brown ran track, when he could, and in 1954, he finished fifth in the decathlon in the national AAU meet. But that wasn't all.

Roy Simmons Jr., the coach of the boxing team, thought Brown could have won the heavyweight championship if he dedicated himself to the sport. And while he didn't play baseball in college, he threw two no-hitters in high school and was scouted by the New York Yankees.

He is also considered one of the greatest lacrosse players of all-time. Because of his dominance, they changed the rules. His senior year, he led the team to a 10-0 record and was a two time All-American midfielder.