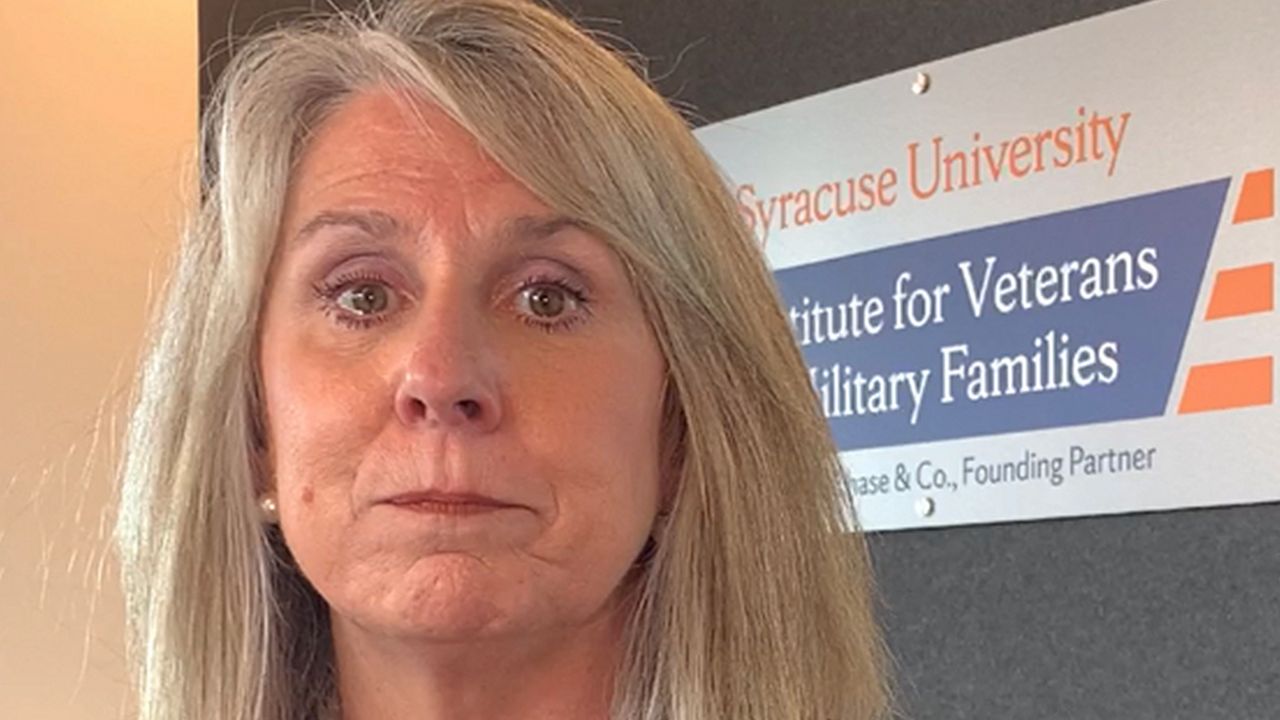 On the morning of September 11, 2001, Maureen Casey was at her desk working as a deputy police commissioner for policy and planning for the NYPD at 1 Police Plaza, which overlooked the World Trade Center Complex. When the first plane hit the towers, she felt it.

“I saw the second plane hit, so we knew obviously that we were under attack,” said now the chief operating officer for Syracuse University's Institute for Veterans & Military Families. “Evacuated 1 Police Plaza and at that time, I along with my assistant, headed to what became known as ground zero."

Casey shared her story with tears in her eyes. She immediately had to set up a command post for officers that would be working on recovery.

“I coordinated along with the chief medical examiner's office the collection of samples from family members so we could identify those who were killed,” Casey said. “Commissioner Von Essen was the [FDNY] commissioner at the time. He said ‘Never did I think giving someone so little could mean so much.’ So, being able to reunite family members. The remains of those who are killed. Their moms. Their dads. Their wives and husbands [were] so powerful, like many law enforcement agencies, whether it was the FDNY, Port Authority, and NYPD.

“Our folks run to an emergency while everyone else is running away. So it was mobilizing police officers as they responded. Literally taking a map of lower Manhattan, dividing it into grids and sending folks out to do that search and rescue. It was a very difficult time. I went to almost 30 funerals from that mid-September through February. It came that day. It came that day. That cross, that was out of the symbol of steel. It became a place of faith and peace for us.”

The events of 9/11 help drive Casey’s passion for her current position at SU.

“Millions of service members and their families have served since 9/11,” she said. “I witnessed firsthand how our country came together to support our efforts on the ground in New York City in the days, the weeks, the months that followed, so my opportunity now to serve in this capacity to prepare veterans and their families and transitioning service members for careers and opportunities post service is a gift.”

Casey hopes as people take this time to look back, they use it to move ahead in unity.

“Remember the extraordinary courage of our law enforcement and first responders. All of those folks who ran in when everyone else was running away,” she said. “Twenty-three police officers. Three hundred and forty-three firefighters died that day. Extraordinary acts of courage and the country came together to really support the families of those who lost folks, and we can’t forget that.”