Heavy snow came down in the Northeast on April 1, 1997. Courtesy: AP/Alan Solomon

The April Fool’s Day storm began on March 31 and ended on April 1, 1997. The worst for the Capital Region occurred on March 31. Due to its untimely occurrence, many people didn’t take warnings of the storm seriously.

When the storm initially arrived in Eastern New York, all it produced was light rain. By the time this system left the coast of New Jersey on March 31, it quickly intensified. While this system intensified, it also moved slowly, keeping areas that included the Capital Region in the line of fire.

By around 10:00 a.m. on March 31, heavy rain changed over to snow in the Capital Region. Snowfall rates were around 1 to 2 inches per hour as snow continued during the day and well into the night.

Adding to the trouble, temperatures hovered right around or a little above freezing, creating an extremely high moisture content for the snow. This led to downed trees and powerlines, with upwards of 70,000 households left without power in the Capital Region alone. Gusty winds upwards of 30 to 50 miles per hour also aided in widespread tree damage.

Albany, Greene, and Schoharie got hit the hardest with snow. The city of Albany received 15.3 inches, while Berne received 26 inches. Schoharie, New York received 10 inches, but Gilboa received 28 inches. The biggest was in Greene county. East Jewitt received a whopping 37 inches of snow, just over 3 feet. 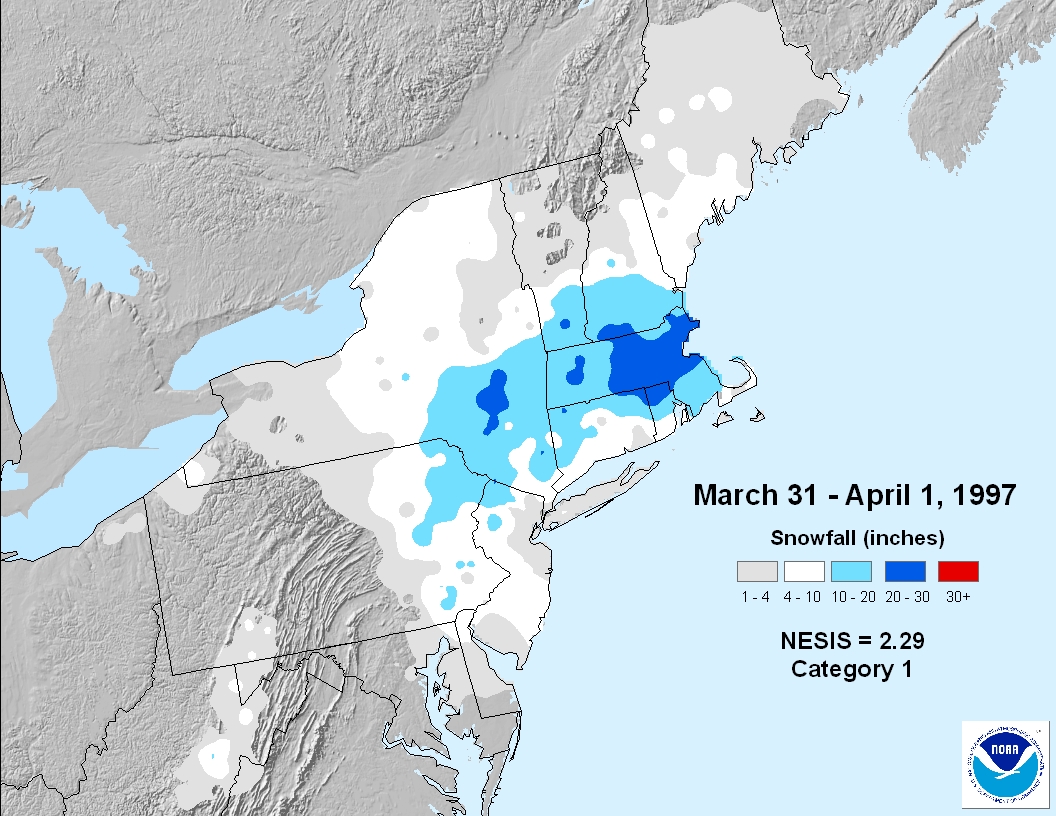