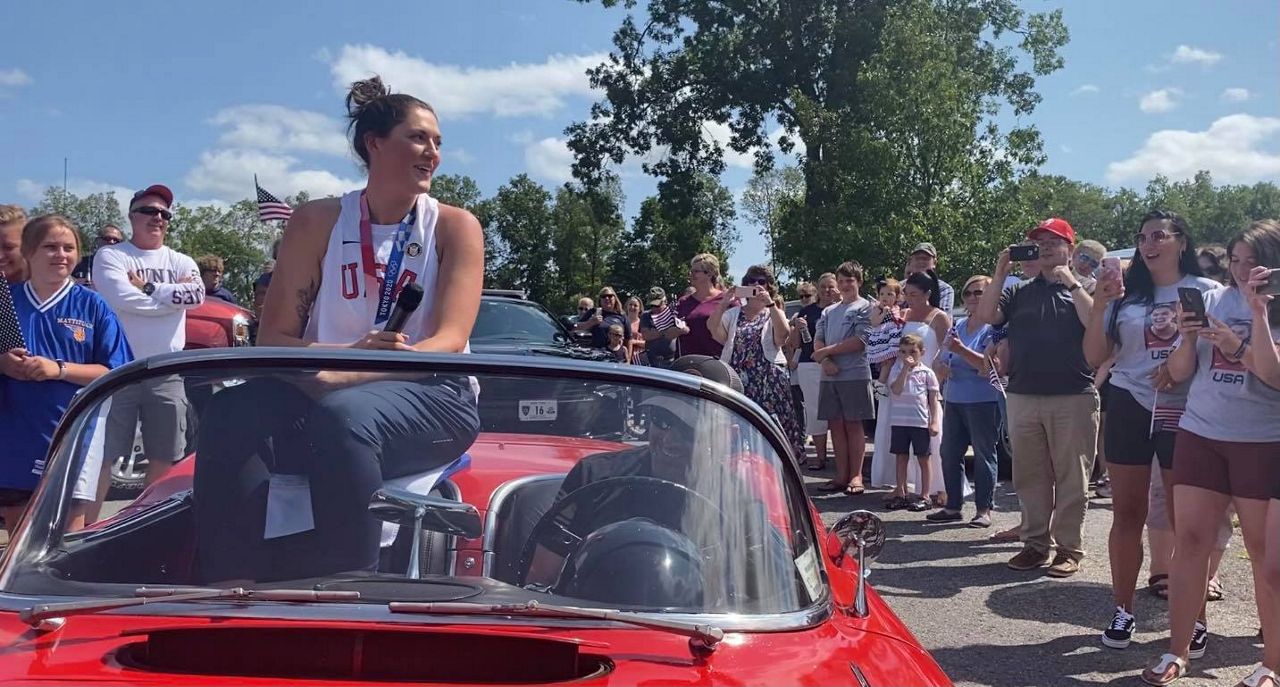 A local athlete got a hero’s welcome, as Stefanie Dolson returned to the town of Greenville after winning gold in women’s three-on-three basketball in the 2020 Summer Olympics.

“It means a lot obviously," Dolson said. "It’s the ultimate goal, so for us to go and to have worked so hard and to achieve it, it means a lot.”

Dolson attended Minisink Valley High School, where she played varsity basketball from eighth grade until senior year. She moved on to play at the University of Connecticut for four years, winning two national championships. And in 2014, she was drafted sixth overall by the Washington Mystics in the WNBA draft. Now, she's an all-star for the Chicago Sky.

Dolson’s high school coach, Judy Mottola, says she isn’t surprised one bit by the path her career has taken.

“She’s always been that fun-loving, joyful, pleasure to coach," Mottola said. "But in that jokiness, there is definitely that heart of a tiger. She is determined to win and do well.”

With more than 100 people turning out to congratulate Dolson, she says she was blown away by the turnout. She adds that she’s honored, if not a little embarrassed, by all the people in Team USA t-shirts and decorated cars. But that’s just how tight-knit this community is.

“Community is very important to all of us, but this family has always been a part of the community and are such giving people," said Kathleen Thaler, a long-time family friend of the Dolsons. "So, to see people give back to her has been wonderful.”

And that support at home, from the people who know her best, has kept her going and motivated her to make this dream a reality.

“It means a lot," Dolson said. "Everyone coming here, taking time out of their day to support me is incredible. To have that support throughout the whole Olympics was amazing, so to see it in person is awesome.”