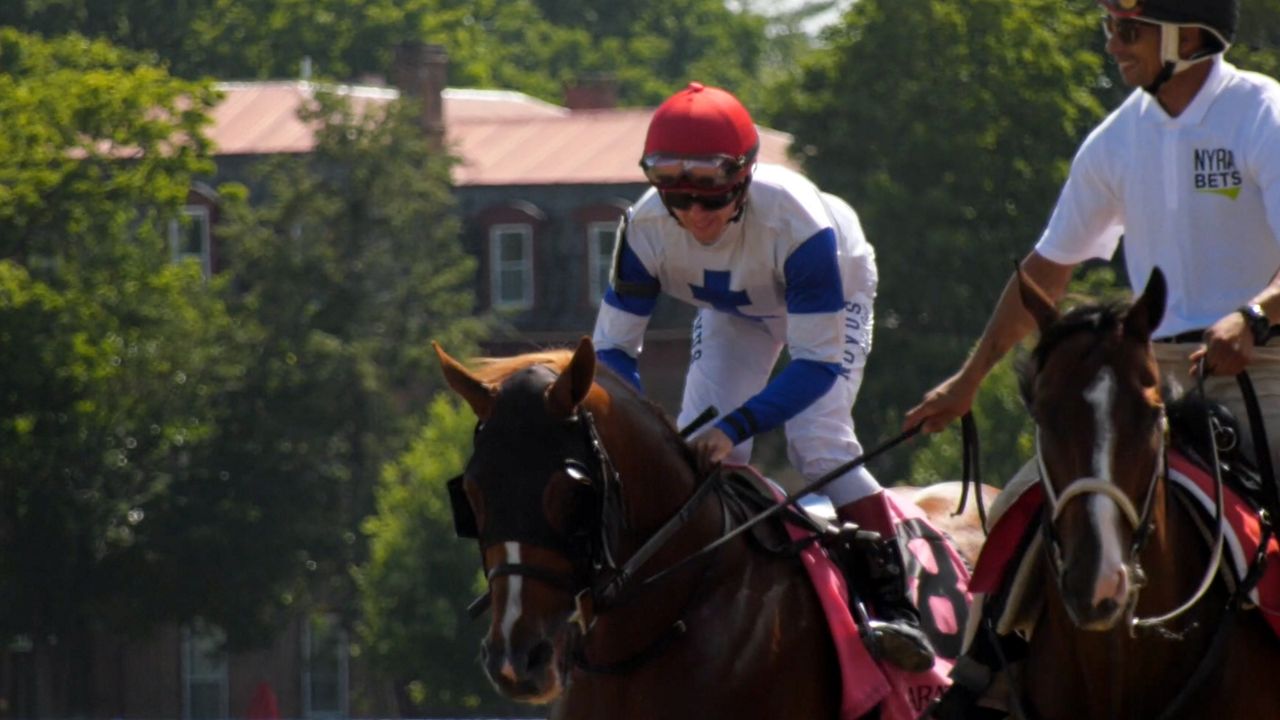 Jockey Dylan Davis has been walking the grounds of the Saratoga Race Course just about his whole life.

“I love this track and just what it brings,” he said.

The 2011 Saratoga Springs High School graduate first sat on a horse when he was a baby. At 16 years old, Dylan started exercising thoroughbreds.

“The first time I ever sat on them, exercise riding, I knew I wanted to do this for the rest of my life,” Dylan said.

His father, Robbie Davis, is a retired NYRA jockey. Not only did Dylan follow in the footsteps of his father, but he also followed his older sister Jackie, who made her debut in 2008.

“It was in our blood and really didn’t have any other option,” said Dylan Davis, with a laugh.

In 2012, he made his jockey debut and competed in his first race at Saratoga. But he says he wasn’t ready at the time – just too fast, too much going on, and couldn’t soak it all in. But it was an experience he says he’ll always treasure and one that he says has helped him become one of the top jockeys in the NYRA circuit.

“When I’m on that horse, I know that they are going to give me 100% out there and I’m very grateful for the horse,” Dylan said.

This has been Davis’ best year so far. He captured his first riding title at the Aqueduct winter meet, and then finished second during the Aqueduct and Belmont spring meets.

His performance is getting approval from his dad.

“I would always yell at him, ‘tell me something negative so I have something to work on.’ But he says I’m riding great and there’s nothing to change right now,” Dylan Davis said.

He knows Saratoga is one of the toughest meets in the country so he doesn’t want to set expectations too high. But Dylan is hoping to keep that momentum going and beat his personal best of ninth at the Spa.

“This is where I want to be, and I’m happy to be able to compete here,” Dylan said.