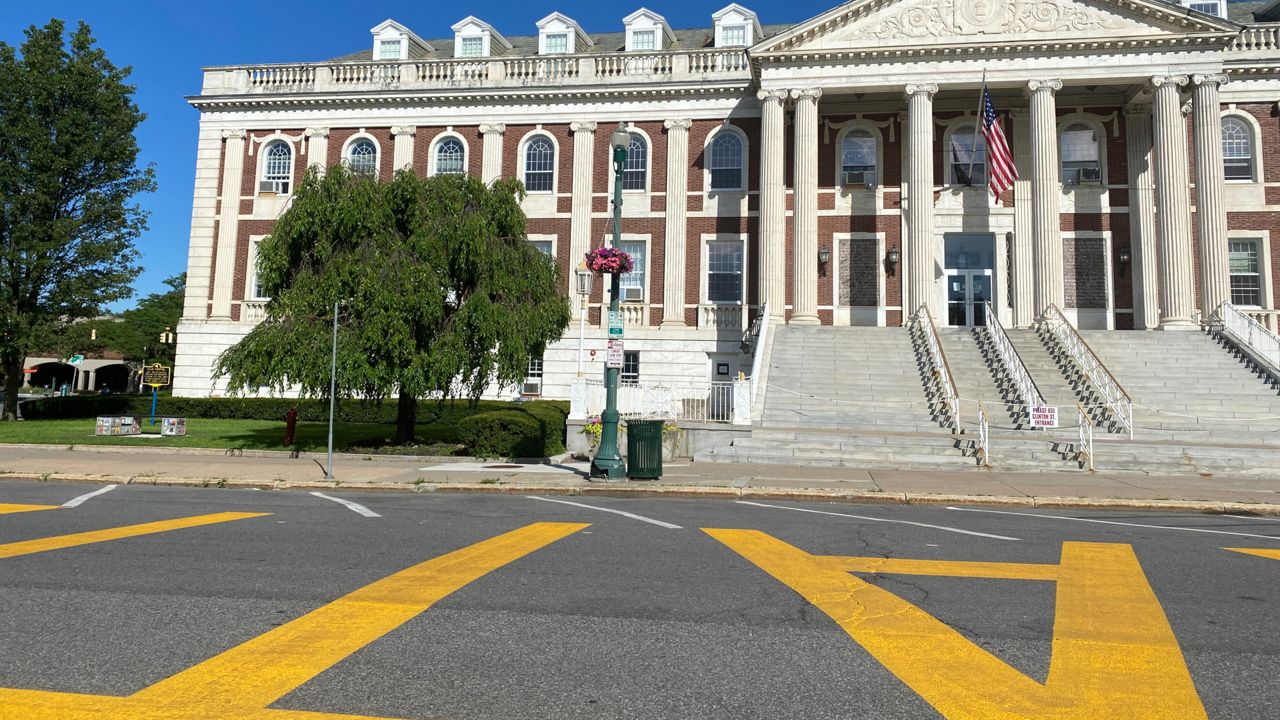 BLM Protester: Painting "Black Lives Matter" Is Not What We Want

The steps of Schenectady City Hall Look much different than they did just 24 hours ago; however, the calls for change still resonate throughout the community, even after the protesters disperse.

However, Co-founder of the community action group ‘All of Us’ says more needs to be done to bring real change. He says ALL sides must come together and have mutual respect, which includes the right to peacefully protest. @SPECNewsAlbany pic.twitter.com/pRqJWoKwAk

Shawn Young is the co-founder of All of Us, a community action group that spearheaded Monday night's protest at the city hall. Right outside the building, in bright yellow letters, a symbol of "Black Lives Matter Stands Strong" is in the streets.

It’s a symbol the movement has not died down in the city.

Calls for that change came Monday night, as protestors blocked the entrances of city hall, asking Schenectady to honor a list of police and social reforms.

This comes on the heels of the most recent controversial arrest of Yugeshwar Gaindarrpersaaud, where an officer was seen using his knee on his neck to restrain him. Now, the community is calling for direct changes to the Schenectady Police Department.

Young says since the protests began more than a month ago, he only had a brief meeting with city officials, including the police chief and mayor.

"Simply having a brief meeting with introductions, doing things like that, we have to all understand that isn’t going to be enough. We have to get into the teeth of what the matters are,” says Young.

Monday night, Police Chief Eric Clifford sent out a tweet, explaining he wants to hold a public discussion about the reforms. The tweet reads, “I have shown this community my willingness to discuss reforms, have made efforts to engage in conversations and remained patient during a month of peaceful protests. That all ends tonight. No more disorder in the city.”

Spectrum News has reached out to Clifford for comment; however, the Schenectady Police Department said he was unavailable to speak with us Tuesday.

“In our city, we have peacefully protested to demand change. I don’t know how you do not remain respectful and patient with that, especially when you under the history that we’re trying to address,” says Young.

City Council member Karen Zalewski-Wildzunas also made a social media post after Monday night’s protest. It said in part, "These are turbulent times that we live in, there is unrest in our country and our city. WE need change for sure, but we need mutual respect as well."

It continued, "Our citizens need to understand that the police are here to help and protect our city. Sometimes there is a breakdown and things need to be addressed and changes made. For example, the incident that happened this past week was unfortunate."

“I think it’s important that we as leaders support the community and support their leaders, and I think I’m doing both,” said Zalewski-Wildzunas.

The post continues to say the officer in that controversial video was “just doing his job.” The councilwoman explained that portion of the post with Spectrum News on Tuesday.

“I’m sure there’s going to be more things that are revealed based on what’s investigated, on both sides. No one is perfect, there’s training that’s done, and you do the very best you can,” said the elected official.

However, she also drove home the point of mutual respect. The post read, "I go back to the need to be respectful of each other. I hope we as a community can use what we learn from this incident to create the type of City that we ALL want and need in Schenectady.”

“A lot of us are on the same page. We want to make sure there is open dialogue, mutual respect, and true changes made,” Zalewski-Wildzunas said.

The sentiment of respect is something Young agrees with and hopes all parties can embrace moving forward.

“I’m hopeful all sides can come to the table and we can figure it out,” said Young.

Spectrum News has reached out to the mayor for comment, but he has not returned our calls.