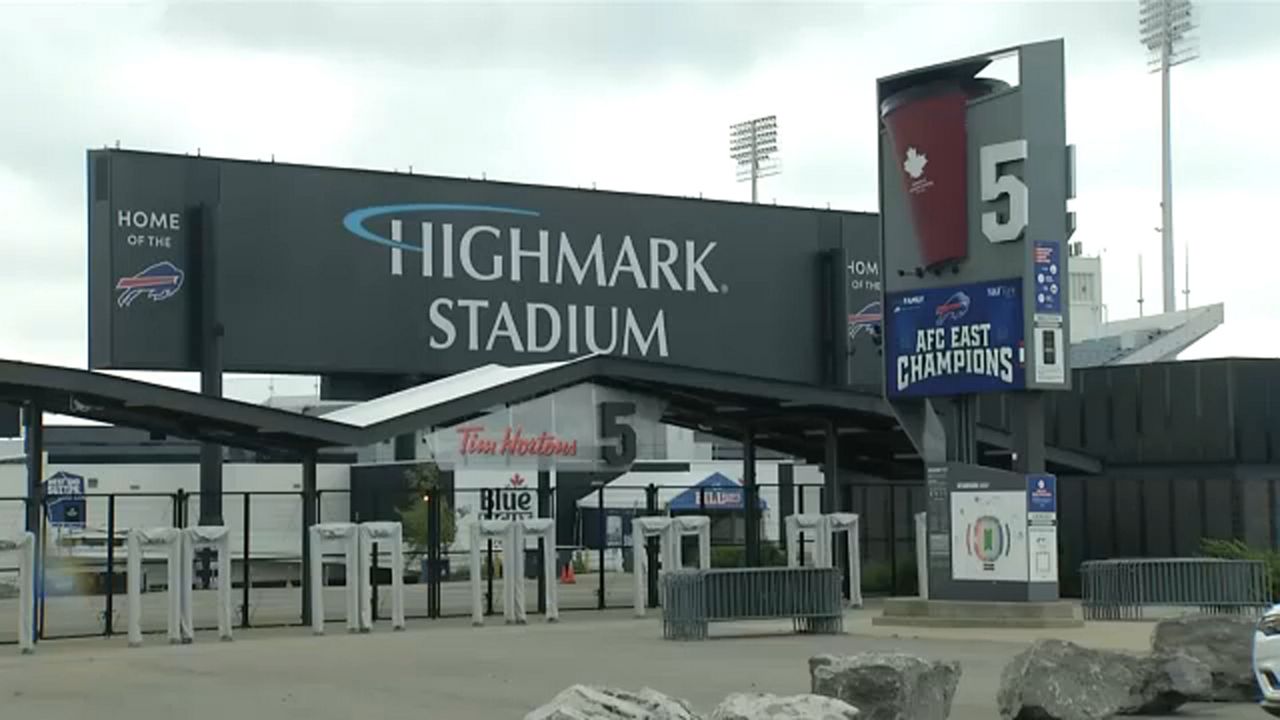 BUFFALO, N.Y. -- Gov. Kathy Hochul on Friday said the state, Erie County and the Buffalo Bills continue to have very productive conversations about building a new football stadium, but there is still work left to do.

Hochul maintained she is confident the negotiating parties will have an agreement in place in time to include it in the state budget due April 1. Given there would need to be some conversation with legislative leaders who will need to sign off on the deal, it likely means it will be done by or before the last week of March.

The governor said some pieces are set in stone, like locating the new facility in Orchard Park and making it open air as opposed to a dome.

"A lot of those have been resolved, but now we're just getting down to the mechanics, the nuts and bolts and the longevity of the lease and terms so we're working very hard. This is an important priority of mine and I want to commend the owners for just working so closely with us as well," Hochul said.

The governor pointed out negotiations are not just about what they're building and the costs, but the terms of the lease for a facility that will once again be publicly owned.

Her executive budget proposal did not include a specific line for a new stadium but she said the money is available.

Hochul would not detail what she thinks is a fair breakdown of taxpayer resources versus private funding, but said her priorities are making sure the Bills stay in the region while ensuring the state makes wise investments.

It's been awhile since the governor has been back home in Buffalo and she said while the stadium is obviously very important to her and the Western New York region, people around the state have indicated to her it's a priority as well.