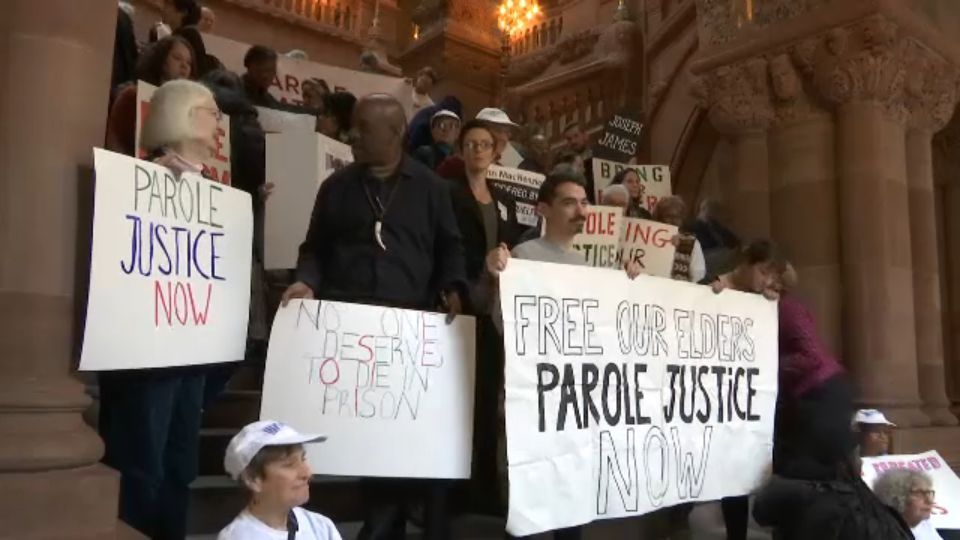 ALBANY, N.Y. — Jose Saldana is not only the director for the Release Aging Prison in People, or RAPP campaign.

He was once incarcerated himself.

"Some of my closest friends passed away before the parole board released them," Saldana said.

He said elderly inmates typically serve as teachers and mentors in prison and he believes they could do the same in society.

"They have been an asset to every community they have been in, in the New York State prison system," Saldana said.

RAPP and other parole advocates who rallied Tuesday are pushing for the passage of Senator Brad Hoylman's legislation. It would make release possible for prisoners over the age of 55 who have served at least 15 years, even if they haven't completed their minimum sentence.

"The death penalty in New York State has evolved," Dave George, RAPP associate director, said. "Life without parole and virtual life sentences mean that a thousand or more of our loved ones will die in a cage. Death by incarceration."

Another bill at the top of the priority list, they said would require the parole board to consider the person a prisoner is today as opposed to the crime he or she committed.

"People are more than the worst thing that they ever did and even if they did commit a serious offense that triggered their incarceration, in general most of those offenses, were crimes of circumstance, crimes related to a particular situation, under the influence of drugs or alcohol," Nicole Porter, of The Sentencing Project, said.

Finally advocates said while there are currently seven vacancies on the state parole board, the governor has not budgeted to fill all those positions.

"It means rushed interviews, unfair interviews, interviews that only have two parole board commissioners instead of three at a panel. It means frequent postponements," George said.