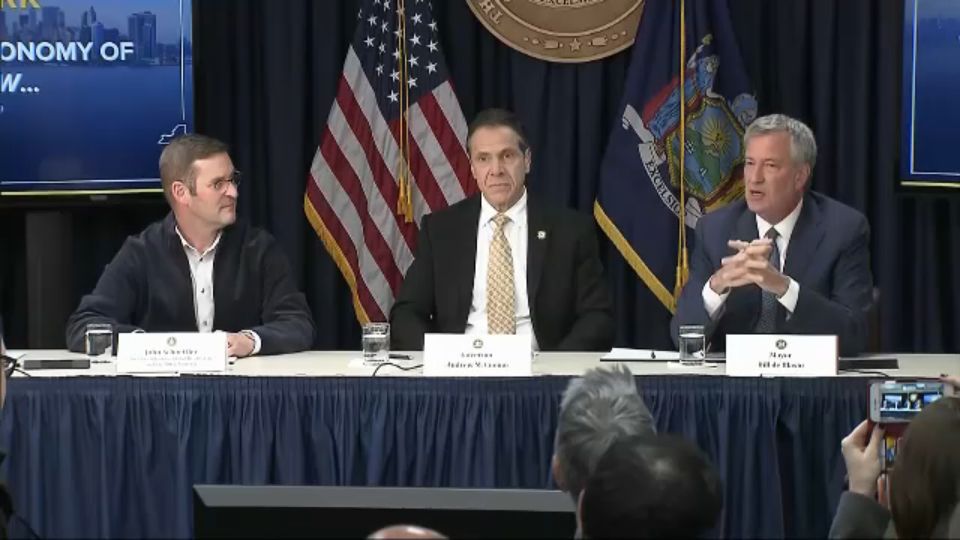 "It is from my point of view [that] 25,000 jobs [is] a big transformative move for our economy to take another step in the [growing] tech sector," said Cuomo.

New York is providing up to $3 billion in tax incentives and credits for Amazon to bring the jobs to New York City over the next 15 years. The tax breaks only kick in if Amazon creates the jobs, but questions are being raised by lawmakers over the size and scope of the package.

Lawmakers do have a few options that could alter the agreement with Amazon. One is the little-known Public Authorities Control Board, where some of the tax credits would have to be approved. Another way would be to cap tax credits in the budget. At the very least, lawmakers wished they had more input.

"Yes there's an interest but I'm not going to try to undo something because in the end I think this is positive," said Pat Fahy, (D) Albany Assembly.

For now, the proposal has united the left and the right in Albany amid broader skepticism of linking tax credits to job creation.

"I think all economic development programs and the corruption surrounding them have united the left and the right on this very issue because we all know this a waste of money," said Ron Deutsch, Fiscal Policy Institute.

Andrea Stewart-Cousins, the likely majority leader in the state Senate next year, has said there are concerns and questions with the tax incentives that need to be addressed.