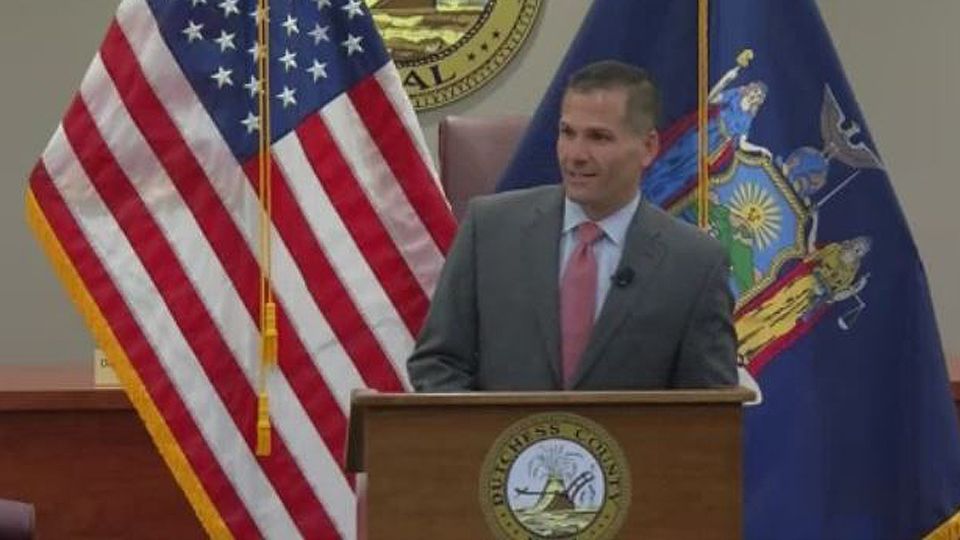 The Republican field in the race for governor is growing as Dutchess County Executive Marc Molinaro has signaled to GOP leaders he's launching a campaign to challenge two-term incumbent Democrat Andrew Cuomo.

Molinaro defeated DeFranciso and Holland in a straw vote, winning 55 votes of the 83 cast. A formal designation for a GOP candidate won't come until the party's convention in May. But Molinaro has won over a key chairman, Erie County's Nick Langworthy.

"I think the presentation he gave to the county chairs was stellar," Langworthy said. "He brought an enthusiasm and energy that I think the campaign to this point has been lacking."

DeFrancisco, a state senator, said the addition of Molinaro won't be a setback.

"They have their own minds. If they're convinced otherwise today by somebody else, that's fine," DeFrancisco said.

The Republican field for governor has been unsettled over the last several weeks after Assembly Minority Leader Brian Kolb dropped his bid in February. Molinaro announced in January he would not run, but has been urged by Republicans to reconsider.

"We have a situation where people may be in, may be out. People are out the day before this meeting," DeFrancisco said. "I don't know. It's not over until it's over, and it's over at the end of May."

And then there's Joe Holland, a former state senator and Pataki administration official who has few endorsements and little support among Republican leaders.

"What this is really about is introducing myself to those county leaders and state committee people who don't know me, and getting their support," Holland said.

Amid all of this, Molinaro is yet to publicly declare. A spokesman said Friday afternoon no announcement from Molinaro and his plans would be made.