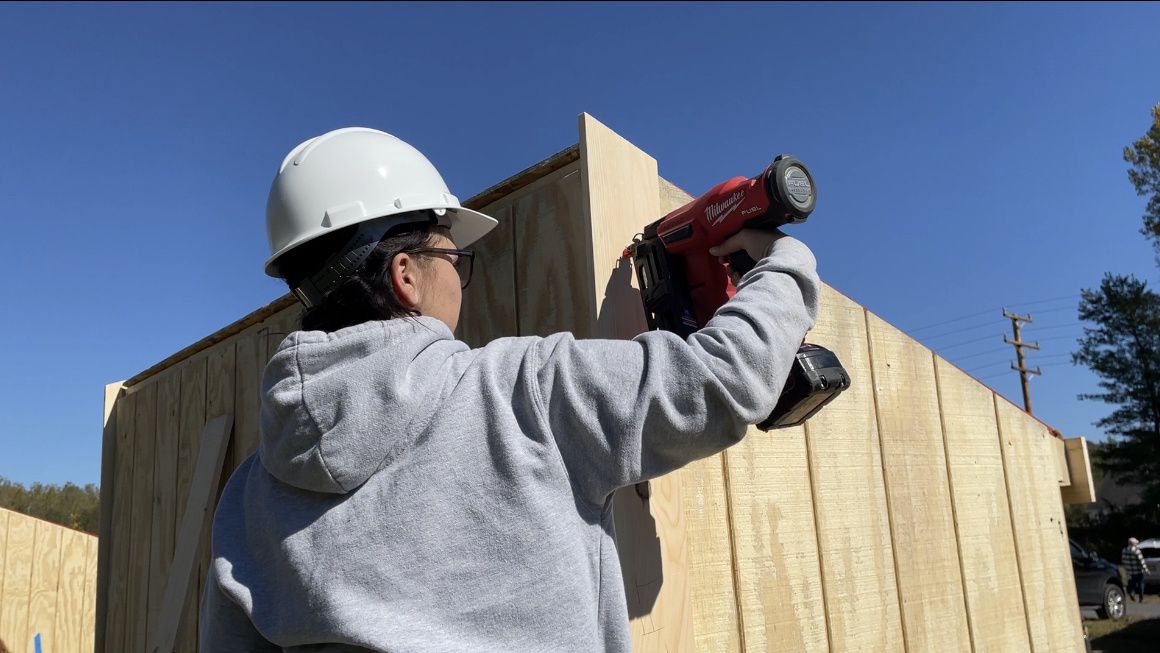 The Saratoga Showcase of Homes hopes to inspire change in the construction and trades industries.

To encourage more women to consider careers in trades and construction, several female high school students from the Capital Region built four-by-eight sheds as part of the "Women in the Trades" event.

"Many men don't think women can do this stuff, especially young women,” a senior at Stillwater High School, Madalyn Byrnes, said. “In their minds, we're too scared, or just don't want to learn how to do it, but we do. Or we are just kind of pushed away from it because the males aren't willing to teach us."

According to the U.S. Bureau of Labor Statistics, women hold approximately 11% of the jobs in the trades industry. The majority of those jobs are office-based and less than 2% are front-line jobs, so Saturday’s event may prove to be a catalyst for change.

The four-by-eight sheds will be auctioned off following completion and the proceeds will go to charities and the Workforce Development Coalition. You can bid on the sheds at SaratogaShowcaseOfHomes.com/Auction.