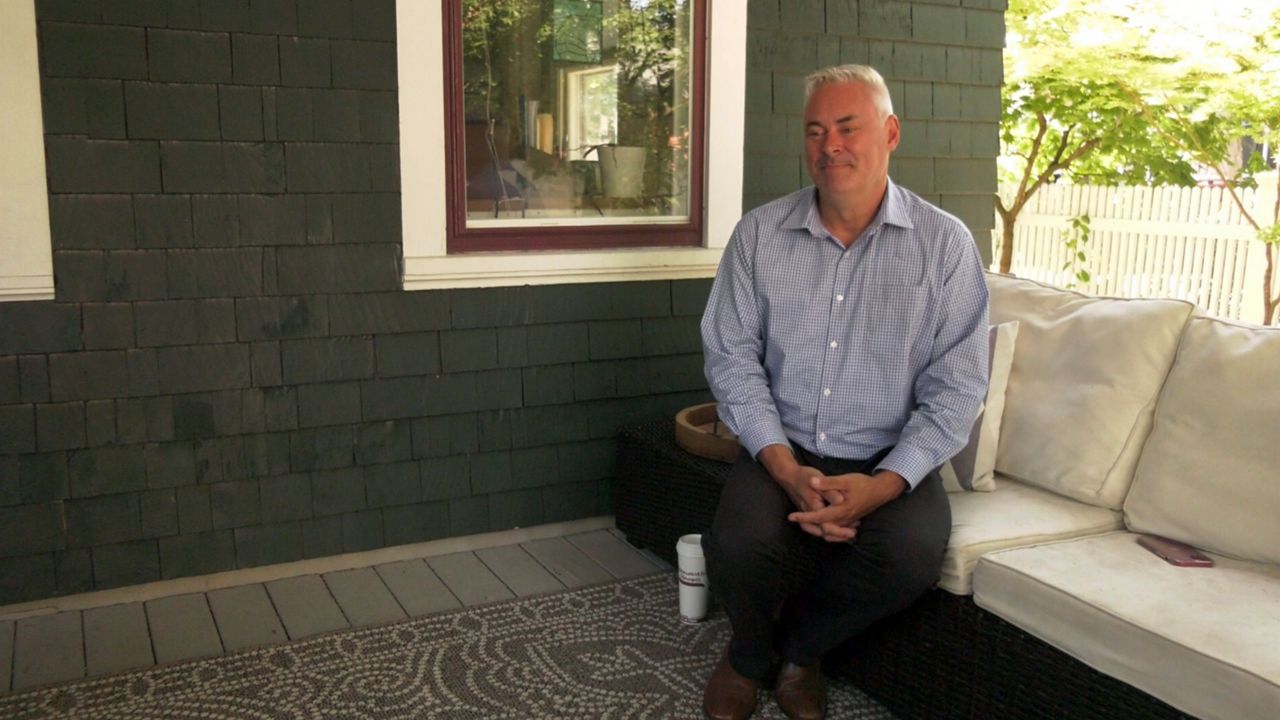 “I’m in a really, really good place and the trauma has been dealt with, and now I’m getting my day in court,” says Mittler.

Mittler thought he’d be getting that day in an actual courtroom, not by speaking to the media.

It’s been an eventful few months. Mittler filed a lawsuit against the Albany Diocese and former priest Mark Haight in 2019 after the passage of the Child Victims Act. This past July, he settled with the diocese after it indicated it would file for bankruptcy if the case moved forward.

For much of the lawsuit, Mittler was referred to as “John Doe.” Before settling, he notified the court he wanted to be referred to by his full name.

For him, it’s now about accountability. He recently arranged a meeting with Bishop Edward Scharfenberger outside Corpus Christi Church in Clifton Park, where he says he was first introduced to his alleged abuser.

“The conversation with the bishop was productive,” says Mittler. “We’re still clearly going to be on separate sides of this issue as far as legalities of it, but when it comes to the true aspect of having a dialogue, I think we started a dialogue.”

In the past, the bishop has said he wants to walk with survivors. Mittler is the first to publicly take him up on the offer. Now begins a new challenge for other survivors who have filed against the diocese.

The bishop is asking plaintiffs to enter mediation, saying it’s the only way to prevent bankruptcy. Some survivors haven’t decided if that’s their best option.

Mittler says he doesn’t have any advice, offering these words instead.

Mittler is now focusing his attention to paperwork his attorneys were able to get from the diocese through the legal process. He says they show the systematic moving of alleged abusers from one assignment to the next.

Haight’s deposition has already been released, where the former priest repeatedly refused to answer questions he believed could incriminate him.

“We have 2,000 pages of pre-trial documentation and discovery documentation that I’m going to piece together to finish telling the story,” says Mittler.

He hopes the process will become more transparent, and is optimistic his speaking out will help get there.