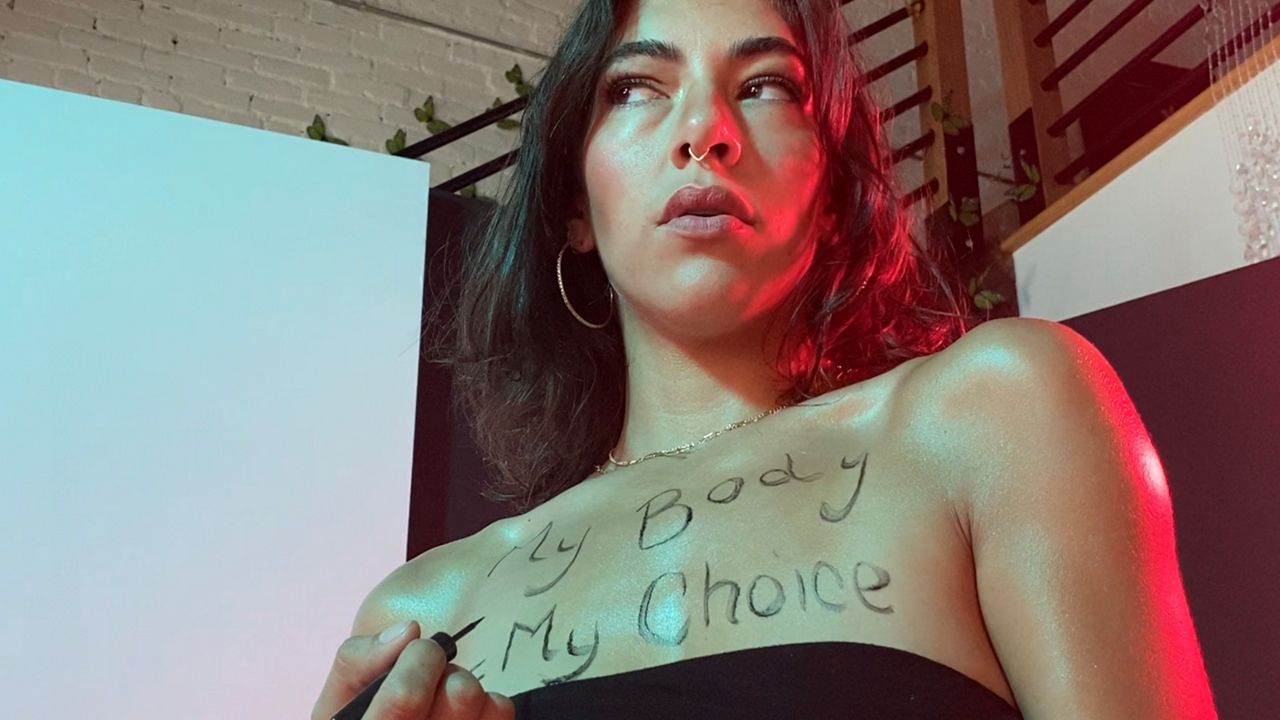 For most of her life, Lillian Anderson identified as anti-abortion. Her opinions have changed in a major way — and now she’s is sharing her story. Her hope: encouraging young girls or other women who grew up like Anderson did to examine their beliefs.

If you ask Anderson today about her experience being raised as a homeschooled, fundamentalist Christian, she’ll use words like “blindly indoctrinated.” Anderson will also tell you she was traumatized into holding a certain set of beliefs.

“If you talked to me five years ago, I’d just argue through and through ‘this is murder.’ My sex education was watching videos of late-term abortions,” said Anderson.

But when the Supreme Court overturned Roe vs. Wade, she stood up in favor of abortion rights for the first time in her life.

“It feels both wrong, in a way, and so overwhelmingly amazing to be able to be on this side and be standing up for women,” said Anderson.

Anderson attended a “We Dissent” photoshoot and bra-burning demonstration after the Supreme Court’s decision. It was a wildly different protest than the kind Anderson used to attend. At age 13, she traveled to the nation’s capital for a two-day anti-abortion demonstration.

“We worshiped God, and we just prayed so hard for this day,” said Anderson.

Through art, Anderson says she’s been on a path to reclaiming her voice and her freedom. Boudoir photographer and body image activist Lindsay Rae photographed Lillian for the first time last year.

That photoshoot was a way for Anderson to celebrate her autonomy after divorce. She had believed wholly in purity — she got married at age 21, but quickly realized it wasn’t what she’d been hoping for.

“I felt very controlled by my situation. I remember I was at the bar at 2 in the morning with a couple of friends, and I finally broke down and I just had a panic attack, and I cried and cried and I said ‘I don’t know what’s wrong, but I don’t want to be living my life anymore like this,’ ” said Anderson.

When Anderson left her marriage, her beliefs unraveled. She stopped going to church and began working as a nurse, caring for people from all walks of life, and says she started confronting what she’d been taught.

“Ultimately, I feel freer than I’ve ever felt,” Anderson said. “I feel more confident in my worth than I have ever felt ... I urge all of the girls who have grown up, from birth, who’ve been raised in church to explore that really visceral feeling that you feel of uncomfortableness … because there is a real reason why you feel that.”

Anderson says today she’s focused on her journey of healing, and working alongside other activists to protect reproductive rights.