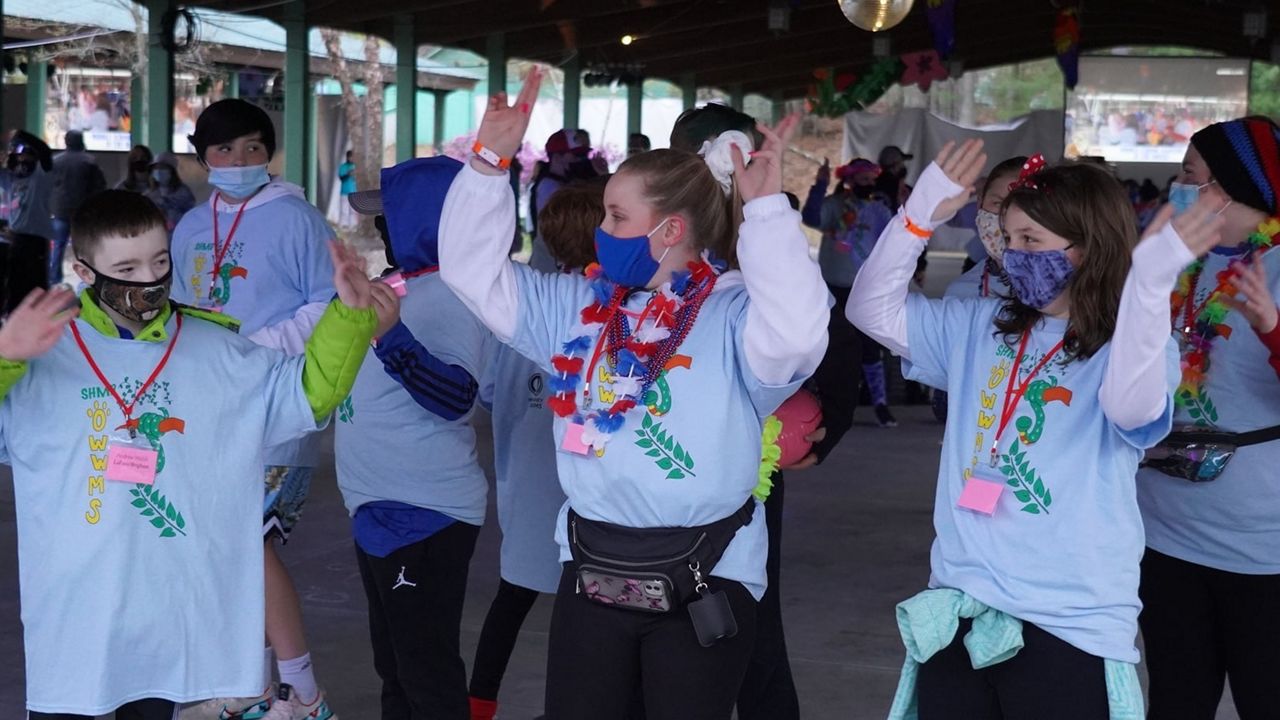 It’s crunch time for the students at South Glens Falls High School, who are gluing together the finishing touches for the 45th annual Marathon Dance and fundraiser.

Students and staff will dance for 15 hours straight to raise money for people with cancer and other illnesses.

Graduating senior and chairperson Rosa Lee Ray has participated in the annual event since she was in fifth grade.

“My favorite thing about this dance is seeing our little community and surrounding communities come together as one big family to support people in need, and being a part of that is indescribable,” said Ray.

Last year, the school raised over $500,000, and they’re hoping to surpass that number to help support 28 families and charity groups across the state.

One of the organizations is the St. Peter’s ALS Regional Center.

“We are the only center within a 90-mile radius of Albany, so we know that we are really their only resource for help,” said Melissa Morrison, the center’s community liaison.

She said this year’s donation was extra special because they weren’t on the original list of recipients, until one Glens Falls resident decided to split the funds.

“Someone had nominated him to receive the funding from the marathon and he felt that the money would be better served to help others at the ALS center, including himself,” said Morrison.

The center cares for about 90 patients at a time, providing resources for individuals with the progressive neurodegenerative disease.

“We have all kinds of equipment, everything from small adaptive utensils that patients can use to power wheelchairs,” said Morrison.

This year, like last, will be held at Six Flags Great Escape and streamed virtually. The dance is usually held in the high school.

With the donations the center receives, they are able to lend out equipment to patients at no cost.

“Oh, this makes a huge impact, because so much of this equipment is so expensive. Because ALS progresses in stages, a patient may need a smaller transport wheelchair for a few months, but a few months later, they may need a full manual-powered wheelchair, and insurance doesn’t always cover that,” said Morrison.

The student-led fundraiser takes months of planning, but Ray said nothing compares to watching everything come full circle.

“It’s’ definitely a lot of work, but it’s so much fun, and when you see all the smiles on all the kids faces, all the recipients' faces, it makes it all worth it,” said Ray.